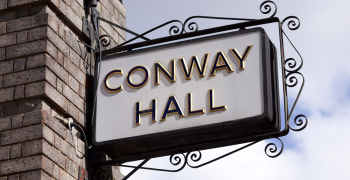 The National Secular Society has welcomed a new project from Conway Hall which will highlight the work of Victorian radicals on major issues of the 19th century, including secularism.

Conway Hall has received £88,000 from the Heritage Lottery Fund for Victorian Blogging – The Pamphleteers Who Dared to Dream of a Better World. This will digitise and open online access to over 1,300 19th century pamphlets, many extremely rare. Victorian radicals used this cheap and rapidly disseminated medium to express their ideas on contemporary issues such as freethought, secularism, gender and political suffrage and what we now know as humanism.

The NSS played a crucial role in advancing these causes during the 19th century, often in the face of vicious opposition. NSS founder Charles Bradlaugh and Annie Besant started their own Freethought Publishing Company in 1877 and published the pamphlet The Fruits of Philosophy by Charles Knowlton which explained birth control – resulting in their prosecution.

Towards the end of the 19th century, the NSS made repeated attempts to abolish blasphemy laws and legalise bequests to secular organisations. Both of these goals were finally achieved, although blasphemy laws were still in effect in Britain until as late as 2008.

The Victorian Blogging project will explore parallels between 19th century pamphleteering and 21st century blogging. It will encourage people to re-engage with the issues it raises, many of which the NSS continues to champion.

The timing of the project is significant. In 2018 there will be important anniversaries of key milestones in the extension of the franchise, human rights and freedom of thought: the Representation of the People Act 1918, which opened voting in national elections to all men and some women; the 70th anniversary of the Universal Declaration of Human Rights, urging respect for human, civil, economic and social rights, including freedom of expression and belief; and the Criminal Justice and Immigration Act 2008, which finally saw success for the campaign to de-criminalise blasphemy in the UK.

Bob Forder, NSS historian, has welcomed the news and said, "I hope this project will allow the central role of the National Secular Society in promoting and campaigning for progressive causes during the last quarter of the nineteenth century to be better and more widely understood.

"Leaders like Charles Bradlaugh, Annie Besant and G.W. Foote campaigned and pamphleted on issues such as political and parliamentary reform, birth control, republicanism and on behalf of the poor, as well as opposing religious privilege. These heroes and heroines must not be forgotten, nor should the centuries old tradition of radical freethinking dissent which they embodied during their era."

Stephen Evans, NSS Campaigns Director, said: "The NSS is currently celebrating its sesquicentennial. In marking our 150 anniversary it has become clear to us that the history of the Society, and the freethought/secularist movement in general, is poorly understood. Important events and personalities are being forgotten.

"At the same time, we have discovered a genuine interest amongst our members and wider society in this important part of our history. This can be demonstrated by the Parliamentary Art Committee's recent decision to install a portrait bust of our founder – the radical pamphleteer turned Member of Parliament Charles Bradlaugh, in the Palace of Westminster.

"We owe it to those who came before us to celebrate their achievements and preserve their memory. It is for this reason we are particularly enthused by Conway Hall's innovative project."