Ireland to vote on liberalising abortion and blasphemy laws 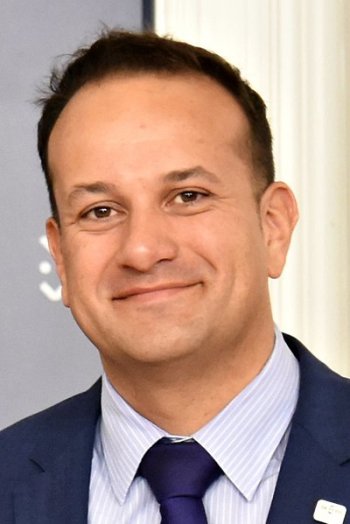 Ireland is to hold referenda on changing its laws on abortion and blasphemy next year.

Leo Varadkar, the Irish prime minister (pictured), has confirmed that a ballot on abortion will be held in May or June 2018, and another on blasphemy in October 2018. They are part of a wave of seven referenda which will take place in the next two years.

One vote will propose repealing the country's near-total ban on abortion. Currently the eighth amendment to the Irish constitution gives 'equal right' to the life of a mother and an unborn child. A woman convicted of having an illegal termination can face up to 14 years in prison.

Thousands of Irish women travel abroad, mostly to England, for terminations each year, and many more cannot afford to do so. Health authorities also say increasing numbers of Irish women are buying illegal abortion pills online. Such alternatives are potentially very dangerous.

Some women have died after being refused abortions in Ireland. In one high-profile case in 2012 31-year-old Savita Halappanavar died after being denied a termination at Galway University Hospital because a foetal heartbeat was still present, despite the fact she was miscarrying at the time.

In recent years opinion polls have consistently indicated strong support for reform. In 2013 public pressure helped to relax restrictions for women who are suicidal or whose lives are at risk.

Mr Varadkar has criticised the eighth amendment as "too restrictive" and said that it has a "chilling effect" on doctors.

The terms of the vote on blasphemy have not yet been finalised. Currently Article 40.6.1 of Ireland's constitution says the state guarantees citizens' right 'to express freely their convictions and opinions'. But it also specifies: 'the publication or utterance of blasphemous, seditious, or indecent matter is an offence which shall be punishable in accordance with law'.

This gained public attention earlier this year when Stephen Fry was investigated for blasphemy. In an interview in 2015 Fry had asked: "Why should I respect a capricious, mean-minded, stupid god who creates a world which is so full of injustice and pain?"

Atheist Ireland, a group which lobbies for change to the law, said it had "discussed several possible approaches" to reform with Department of Justice officials in 2015.

The National Secular Society played an active role in the abolition of the UK's blasphemy law, which happened in 2008. But the global trend is regressive: last week Indonesia's government rejected suggestions by UN member states that it should "introduce legislation to repeal the blasphemy law".

Ireland's decision is the latest sign of secularisation in the country. A minister recently said there would be "no religious involvement" in a new children's hospital in Dublin.

"Five years ago these votes would have been unthinkable," he said. "There could be no more reliable indicator of the declining power of the Catholic Church in Ireland, particularly in urban areas. This has largely been the result of disgust at the scale of child abuse and the failure to tackle it.

"More now realise that the Church has no legitimate right to tell people what to do with their bodies or restrict what they can say. Let us hope the final outcomes of the referenda reflect this."

The NSS campaigns for an end to blasphemy laws and against religious restrictions on women's reproductive rights.