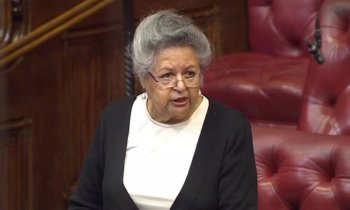 The National Secular Society is calling on the new government to legislate to outlaw caste discrimination, as directed by Parliament and the United Nations.

During a House of Lords debate this week, the Government rebuffed repeated cross-party appeals to legislate specifically to outlaw caste-based discrimination.

The new Prime Minister, Theresa May, has spoken of building a "better Britain" that "works for every one of us" and the NSS has urged her to tackle caste discrimination to protect vulnerable members of society.

Keith Porteous Wood, the National Secular Society's executive director, said: "Without clear legislation those suffering from caste discrimination are not being protected. We call on Theresa May to honour parliament's will, our international obligations and those subject to caste discrimination by outlawing it. We are hopeful she will be responsive to this."

During the debate in the House of Lords the Conservative peer Lord Deben said that the new Prime Minister's "first principle was to ensure that all people had a fair do in life."

"Can one possibly say that and yet exclude from the fair do in life those who happen to be Dalits? This is the first chance that a new Government have got to stand up and tell this House that they intend to obey the law. The only alternative is to tell this House that they intend to disobey the law. I do not believe that is a proper position for any Government."

He said that refusing to explicitly recognise caste-based discrimination as a form of discrimination under UK equality law, despite promising to do so, had brought "shame on our democratic system".

Baroness Flather (pictured right) said there was a need to recognise that Hindu organisations "have a lot of connections in ​Parliament" and "have quite a lot of pull in this matter".

Seven peers, four of them Honorary Associates of the National Secular Society, spoke in the debate in favour of legislation to outlaw caste-based discrimination. Baronesses Flather and Thornton, Lords Cashman, Deben, Desai, Harries and Lester were scathing about the Government's failure to legislate, on grounds which Mr Wood described as "disingenuous".

The Government claimed that it "may well be" that case law, and in particular a recent Employment Appeal Tribunal ruling, "provides the appropriate level of legal protection that is needed against caste discrimination."

But Mr Wood said: "The ambiguous and untested case law which the Government relies upon to deflect calls for explicit legislation in this area fails to meet our international obligations and our societal obligations to vulnerable members of low castes."

Mr Wood added: "This presumably means those of higher castes. That is no reason to deny legislative protection to the oppressed. As the late Lord Avebury put it, that would be 'like saying that ending apartheid in South Africa was wrong because white organisations were opposed to the idea'."

Parliament's direction to legislate on caste came in the Enterprise and Regulatory Reform Act 2013, with an instruction to the Government to "make an order which includes 'caste' within the definition of 'race'" in the Equality Act 2010.

In 2012 the UN recommended that the UK "eliminate discrimination against caste".

Despite this, no action has been taken.