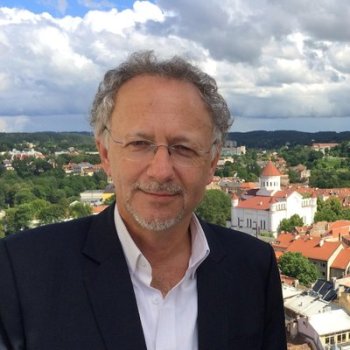 The National Secular Society has urged the UN special rapporteur on minority issues to push the UK government to outlaw discrimination on the grounds of 'caste'.

The NSS also urged the rapporteur, Fernand de Varennes (pictured), to ensure non-religious victims of persecution worldwide are afforded equal protection to those from religious communities.

The rapporteur has called for evidence as he prepares a report to the upcoming 75th session of the UN general assembly, on the significance and scope of minorities' rights in the UN system.

Ministers have repeatedly refused to amend the 2010 Equality Act to outlaw discrimination on the grounds of caste, preferring instead to rely on the potential evolution of case law.

The NSS's submission urged the rapporteur to "strongly encourage" the government to amend the act. The UN has previously given a formal recommendation that the government do this to comply with its treaty obligations.

The NSS also called on the rapporteur to ensure non-religious people who face human rights abuses around the world are given equal protection to religious minorities.

The society said human rights violations experienced by the non-religious are often sidelined or ignored, because:

The NSS also said the term 'religious minority' should be replaced with a term which is more inclusive of non-religious victims of persecution, such as "religion or belief minority".

NSS head of policy and research Megan Manson said: "Caste discrimination is a serious violation of human rights, but the UK government's deeply inadequate approach to the issue fails to honour its international treaty obligations. We hope the UN special rapporteur will bring pressure to bear on ministers to change this.

"The rapporteur should also take the opportunity to tackle the persecution of non-religious people. That requires an acknowledgement of the limitations of a communal approach to dealing with persecution and a reaffirmation of the universal right to freedom of religion or belief."

Caste discrimination in the UK

Global persecution of the non-religious