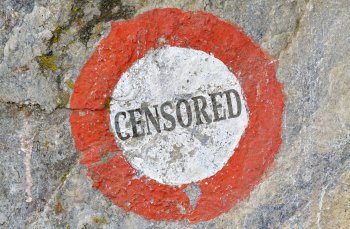 Challenging hatred and protecting marginalised people in society are not just noble causes. They are essential in order to maintain a thriving democratic society where all are treated equally, and none live in fear of persecution because of who they are.

I've no doubt this was in Scottish justice secretary Humza Yousaf's mind when he drafted the Hate Crime and Public Order Bill. Indeed, that's what he said recently in The National in response to the deluge of criticism the bill has received from lawyers, police, the press, politicians, feminists, religious institutions, and of course the NSS.

The objections come from diverse and disparate groups, but there is agreement on two points. Firstly crimes motivated by hate against a group of people are abhorrent, and vulnerable people should be protected.

And secondly people must be free to express what they think is the truth. That means they have to be able to say things other people may find deeply offensive.

If Yousaf honestly believes the hate crime bill will not be used to censor speech people find offensive, he is being very naïve. He need look no further than the comment made by Nurul Hoque Ali, general secretary of Aberdeen Mosque (and Labour Party candidate at last year's general election), in last week's Press and Journal:

The doublethink at play here is extraordinary. Because offence is in the eye of the beholder, freedom of speech must include freedom to offend, or it is no freedom at all.

And who are the "we" who get to define what is "unacceptable speech"?

In Pakistan, it is the theocratic state that defines "unacceptable speech". Its blasphemy laws give the state a free pass to arrest anyone who doesn't conform to Islamic codes of behaviour and speech. Those found guilty may receive the death penalty.

We witnessed the consequences of Pakistan's laws only last week, when US citizen Tahir Ahmad Naseem was murdered inside the court where he was being tried for blasphemy. He had been detained since 2018 after a teenager accused him of insulting Islam during a conversation on the internet. Thousands of Islamists took to the streets to celebrate his murder.

Reports suggest the gunman targeted Naseem at least partly because he had been an Ahmadi Muslim. Ahmadi Muslims are not regarded as 'true' Muslims by the Pakistani state, and to declare that one is a Muslim and an Ahmadi can be considered a crime of blasphemy. Ahmadis are thus the subject of intense persecution in Pakistan.

It's easy to think this would be irrelevant in Scotland. But in Glasgow in 2017, Ahmadi Muslim Asad Shah was murdered for apparently insulting Islam. And that appalling crime should not be written off as a freak incident.

Discrimination against and censorship of Ahmadi Muslims has been ongoing in the UK. A recently published report by the all party parliamentary group for the Ahmadiyya Muslim community highlighted that Ahmadi Muslims have been rejected from participating in multi-faith organisations including interfaith groups and religious education boards unless they agree not to call themselves Muslims. Complaints from other Muslims have also led to adverts by Ahmadi Muslims promoting their beliefs being taken down prematurely, and the cancellation of an Ahmadi Muslim event in 2012 about the Qur'an.

It's clear the number of people in the UK who think the speech of Ahmadi Muslims is "unacceptable speech" is not insignificant. Sending the message that no one has the right to offend others can result in the further marginalisation, oppression and persecution of those who are already vulnerable.

One aspect of the hate crime bill that has not proved controversial is its abolition of the common law offence of blasphemy. In fact, it has been overwhelmingly and rightly welcomed. This should speak volumes about the importance of free speech for people in Scotland. But as many have pointed out, criminalising 'abusive' speech that is 'likely' to stir up hatred threatens to resurrect the blasphemy law under the name of hate crime.