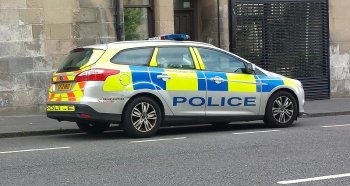 The National Secular Society has reiterated its call for a rethink of a hate crime bill in Scotland amid mounting concerns over its implications for free expression.

The NSS, which was among the first to raise the alarm over the bill, has warned that the plans are too censorious in response to the consultation.

The NSS and many others have expressed particular concern over plans to criminalise behaviour which is "threatening or abusive" and intended or "likely" to stir up hatred on various grounds, including religion.

A new campaign supported by the NSS, Free to Disagree, is urging a rethink of the bill.

And this week the Scottish parliament's justice committee, which held the consultation, suggested it had received a high volume of responses.

The Scottish Police Federation made a particularly stinging criticism, warning that the bill would "see officers policing speech" and "devastate the legitimacy of the police in the eyes of the public".

The federation, which represents 98% of police officers in Scotland, also warned that the bill:

The federation added: "We should never forget that the police in Scotland police only with the consent of the people.

"Police officers are all too aware that there are individuals in society who believe that to feel insulted or offended is a police matter."

In a column in the Scottish Daily Mail on Wednesday the shadow justice secretary Liam Kerr, of the Scottish Conservatives, urged the government to rethink the 'stirring up hatred' provisions in the bill.

In his submission to the consultation, Scottish Labour's justice spokesperson James Kelly expressed "serious reservations" over the proposed introduction of 'stirring up hatred' offences.

The bill has also faced criticism from Jim Sillars, a former deputy leader of Yousaf's own Scottish National Party.

In this weekend's Sunday Times, columnist Alex Massie wrote: "Publishing cartoons of the Prophet Muhammad would, I suspect, lead to their publisher being investigated by the police." He noted the lack of solidarity with Salman Rushdie over the Satanic Verses affair and Charlie Hebdo when its cartoonists were murdered.

On Monday the Law Society of Scotland said it had warned of "major flaws" in the bill in its consultation submission, adding that the criminal threshold on 'stirring up hatred' was too low.

Elsewhere lawyers have warned that the bill would bring "unintended consequences" and make it too difficult to know when a crime has been committed.

The Scottish Newspaper Society and the News Media Association have warned that the bill poses a threat to press freedom.

Amid the criticism Scotland's justice minister Humza Yousaf has hinted at the possibility of compromise.

On Friday he defended the bill on Twitter, writing: "Surely we can agree the law should protect ppl from threatening or abusive behaviour that will stir up hatred against them?"

But he added: "As I have done with every bill I have ever taken through the parliament, I will look for common ground & where necessary offer compromise."

NSS chief executive Stephen Evans said the "deluge" of criticism of the bill should "be a wake-up call for those responsible for it".

"The Scottish government should now realise that this bill would significantly undermine freedom of expression and press freedom, fuel demands for censorship and impede the functioning of the police and legal system.

"We welcome the justice minister's suggestion that he may be prepared to compromise. We urge him to take another look at the bill and address the concerns that have been raised in response to this consultation."

Last week it also emerged that an independent body which promotes access to justice had raised concerns of the potential impact of introducing 'stirring up hatred' offences in 2018.

The Faculty of Advocates had warned that "legitimate criticism could be construed as stirring up hatred" in response to a consultation on the widening of hate crime legislation.

The Free to Disagree campaign has also published a lengthy list of the concerns which have been raised over the bill.