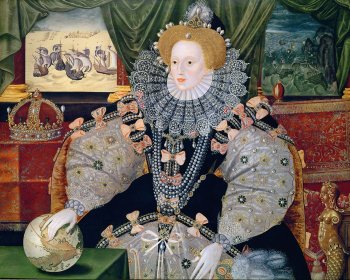 After a select committee chair urged more leeway for a faith school which has long censored textbooks, Stephen Evans says politicians with responsibility for education should stop pandering to religious interests.

This week Conservative MP Robert Halfon, who chairs the House of Commons education committee, leapt to the defence of a school that has become infamous for censoring textbooks.

Questioning Ofsted chief inspector Amanda Spielman during a virtual meeting of the committee, Halfon raised the case of the state-funded Yesodey Hatorah Senior Girls' School. This school has a long history of censoring information and knowledge that doesn't conform to its narrow Charedi, Orthodox Jewish worldview.

Halfon raised comments which Spielman had made in January, at the launch of the inspectorate's annual report. She'd accused the school of "airbrushing" Queen Elizabeth I from history by redacting information about the monarch from textbooks.

Mr Halfon said the school "felt the accusation was incredibly untrue," and had only blacked out a picture of Elizabeth because "it was immodest" – as if that's rational or reasonable in any case.

To her credit, Ms Spielman robustly defended Ofsted's criticism of the school in response. She said the redaction of materials showed the school had engaged in "widespread censorship", including by apparently gluing together an "entire chapter" on Elizabeth I. She said this example was part of "extremely extensive restrictions and redactions in all the materials that were available to the girls".

Halfon nevertheless appeared to side with the school. He claimed "the feeling out there from the faith community" – if such a homogenous bloc exists – was that Ofsted was "gold plating government guidance", "misrepresenting" faith schools and "going in with a very heavy hand". If he was seeking to illustrate that this 'feeling' was rooted in reality, he'd picked a poor example to back it up.

He also encouraged more dialogue to enable the school to plead its case. This may sound reasonable on the surface. But in the face of such unreasonable behaviour, calls for 'dialogue' act as de facto calls for inaction, and further disempower those seeking to do the necessary business of holding the school to account.

Mr Halfon's instinct to give the school a sympathetic hearing reminds me of the response from then education minister Liz Truss back in 2013 when the National Secular Society presented evidence to her of the same school censoring questions about evolution and human reproduction on exam papers. Truss respected "their need to do this in view of their religious beliefs".

At this week's committee hearing Halfon, too, talked about the need to "understand the needs and beliefs of faith communities".

But understanding the beliefs of religious groups shouldn't automatically mean we kowtow to them. Even if religious authorities wish to indoctrinate children with a particular worldview, the government's primary concern should be for the educational rights of the child.

But time and time again political leaders allow religious demands to trump children's rights and broader societal interests. Instead of recognising children's independent right to develop their own beliefs, successive governments have funded faith schools that allow religious groups to control what children learn and how they learn it. They've meanwhile sacrificed important principles on which human rights are based – like dignity, fairness, respect, non-discrimination and equality – to keep religious leaders sweet.

Many schools in Britain routinely force religion down children's throats. In some schools, children are shielded from key scientific concepts such as reproduction and evolution; sometimes they're forced into wearing headscarves. But it's not only the schools run by religious fundamentalists that we allow to ride roughshod over our principles.

Britain was one of the first countries to pass anti-discrimination laws. Today, discrimination on grounds of religion or belief is generally not tolerated. But legal exemptions have been granted to allow religious groups the rights to discriminate because of religion when they decide who to accept as a pupil into faith schools. Teachers, too, can be denied jobs because they don't share the faith of the school.

Lawmakers subservient to religious interests still refuse to abolish the unjustifiable and archaic law that requires pupils to take part in a daily act of 'broadly Christian' collective worship.

When compulsory relationships and sex education was introduced, faith schools were of course given a free pass to teach from their "distinctive faith perspective". That means some faith schools will inevitably continue to teach pupils that abortion is morally wrong and that homosexuality is "disordered".

And by allowing religious education to be heavily influenced by religious interests, lawmakers are denying students the right to objective, critical and pluralistic education about religion – leaving the subject hopelessly lacking in credibility.

Politicians should stop thinking they have to sacrifice children's rights in the face of religious demands. According to the latest British Social Attitudes survey the steady decline in religious belief among the British public is "one of the most important trends in post-war history". And even among the religious there's often plenty of support for secularist principles. It's time our political leaders and legislators caught up and ditched their default deference towards religion.

Conservative and liberal politicians alike have proved willing to accommodate the illiberal – as long as it comes wrapped in religious garb. But sacrificing liberal and secular principles for a quiet life is unlikely to play out well in the long run. Acquiescing to religious demands not only undermines individual human rights, it also sows division and facilitates separatism, segregation and sectarianism.

Individual religious freedoms should be respected and protected, but not at the expense of others' rights and freedoms. And we should be particularly keen to uphold this principle in our schools. But we'll get nowhere until politicians stop pandering to religious interests.