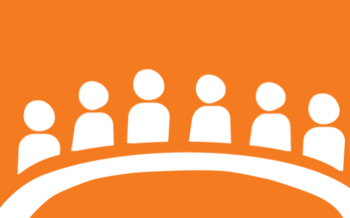 As Brighton's new mayor comes under fire for abolishing prayers at council meetings, Stephen Evans argues that Britain's growing indifference to religion should prompt a rethink of religion's public role.

Brighton and Hove's new mayor came under fire this week this for deciding to dispense with prayers before council meetings.

Councillor Alexandra Phillips has decided to replace prayers with a secular alternative, inviting local school pupils to read poems of their choice or ones that they have written themselves.

The youngest ever mayor of Brighton & Hove has decided to combine tradition with innovation. Her change will keep the ceremonial aspect or 'thoughtful moment' ahead of council meetings but replace the content with something which she judges more inclusive and appropriate for modern times.

Cllr Phillips should be applauded for standing up to those who make politics, whether in Westminster or local government, appear the preserve of an exclusive and cosy little club. She has rightly recognised the importance of opening it up and making it relevant to everyone – including young people, very few of whom now affiliate to the Church of England.

Unsurprisingly, as with any challenge to religious privilege, some people aren't happy. Conservative councillor Tony Janio somewhat selfishly insisted that the mayor should "not be allowed to prevent us from continuing with our traditions" on what he dismissed as "an atheist whim".

It was a similar story in Norfolk this week, where councillors rejected a motion from an independent county councillor to scrap prayers. Councillor Mick Castle agreed that there was a time and a place for prayers, but the council chamber wasn't one of them. He was right of course, but fellow councillors objected.

The entire Conservative group voted collectively to retain the prayers. They argued that councillors should be reminded of "Christian values" before council business begins and that councillors needed "Christian reflection prior to making decisions". According to one councillor, who also happens to be a Methodist preacher, "even non-believers accept the importance of the Commandments such as not lying or telling falsehoods".

This deeply patronising nonsense, which has a prejudiced air of Christian superiority about it, only passes for serious argument because of Britain's deeply entrenched religious privilege. Nevertheless, the tyranny of the majority prevailed, and instead of ensuring Norfolk County Council's meetings are conducted in a manner equally welcoming and relevant to all attendees, councillors have voted to continue pushing their personal predilections on others.

Most business meetings seem to work just fine without any pre-meeting ceremony, but if there is a strong desire for some sort of 'sombre moment' to set the tone at council meetings then a short period of silence or secular alternative should meet that need.

Whether it's Anglican worship in Westminster or Muslim worship at Oldham council meetings, religious invocations in the public realm serve as a display of the cultural dominance of a particular religion. This shouldn't be the way we conduct our political affairs in our open and diverse modern nation.

Britain's largely indifferent attitude to religion, coupled with its healthy commitment to religious freedom, should lead us to recognise that prayer is inappropriate in public settings, especially in any publicly funded setting.

Public prayer assumes a community of worshippers who have a shared set of beliefs. We share many things as citizens, but religious belief isn't one of them. As the most recent British Social Attitudes survey revealed, religious belief in Britain is rapidly diminishing and at the same time diversifying. Religion's role in public life should reflect that.

This means a move away from prayers in parliament and council meetings; an end to automatic seats for bishops in the Lords; no more faith schools and abolition of the law that requires school pupils to take part in a daily act of 'broadly Christian' worship; a rethink of our national ceremonies such as remembrance; and, ultimately, disestablishment of the Church of England.

While religious worship occupies a strong part in some people's lives, it should no longer play a role in the secular realm. Yes, religious rituals have been part of the British way of life, but discriminatory elements of traditions and customs serve to impede, rather than enhance, people's rights and sense of belonging. It's time for freedom, fairness and equality to take precedence over 'keeping with tradition'.

Britain's increasing religious diversity and need to heal deep divisions means the time has come to prioritise the things than unite us and relegate those that divide. The time for secularism has come.