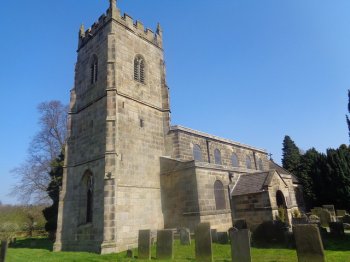 The National Secular Society has called for a "serious rethink" of religion's public role after major research revealed that just 12% of Britons are affiliated to the Church of England.

The British Social Attitudes Survey, by the research institute NatCen, has revealed that affiliation to the C of E almost halved between 2008, when it stood at 22%, and 2018. In 1983 the figure was 40%.

The survey reveals that the British population is becoming increasingly irreligious and religiously diverse. Fifty-two per cent of people say they do not belong to a religion and the number of open atheists has doubled in 20 years, to 26%.

There have been slight rises among some non-Christian religions but affiliation has fallen among most Christian denominations.

Just 11% of respondents expressed "complete confidence" or "a great deal" of confidence in churches and religious organisations, with another 35% expressing "some" confidence.

Those figures were significantly worse than comparable figures for the education system, courts and business and only marginally better than confidence in parliament. More people (21%) said they had "no confidence at all" in religious organisations than in parliament (16%).

National Secular Society chief executive Stephen Evans said the figures showed "the need for a serious rethink of the privileges granted to religion in Britain".

"As Christianity declines and Britain becomes both more irreligious and more religiously diverse, the UK needs an equitable and sustainable settlement fit for the 21st century.

"In particular there should be a rethink of the established status of the Church of England, the automatic places granted to 26 Anglican bishops in the House of Lords and the state funding granted to religious groups to run schools. And the fact that trust in churches and other religious organisations is far lower than trust in most secular institutions makes these changes more urgent.

"Britain's constitutional settlement and public policies should catch up with the opinions of its population."

The report also noted that declining religious affiliation was accompanied by increasing tolerance towards those from other religious backgrounds. Eighty-two per cent of people would now "definitely" or "probably" accept someone from a different religion marrying in to their family. Increasing proportions of people now have positive or neutral views of people from various religious or non-religious groups.

Sixty-three per cent said religion brought more conflict than peace around the world.

The survey's findings are consistent with a trend of declining religiosity in recent years. Last year the survey found that affiliation to the C of E had fallen to 14%.

The survey has now found a non-religious majority for three years running. The proportion of non-religious Britons has risen from 31% since 1983.