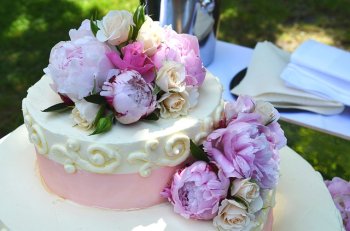 After the NSS revealed the extra hassle and expense involved in arranging same-sex and non-religious weddings in England and Wales, Megan Manson calls for marriage to be made a civil affair in the eyes of the law.

The institution of marriage has radically transformed. The legalisation of same-sex marriage in 2014 affirmed that marriage is no longer solely owned by the church. Marriage is a civil act with serious legal implications, including protections for partners and children.

Since the meaning of 'family' is no longer restricted to 'husband, wife and offspring' in the 21st century, it is right and proper that this institution be equally open to all regardless of race, sexuality or religion. Add the fact that LGBT couples choosing to adopt are on the increase while heterosexual couples who adopt are decreasing, and the need to ensure marriage is open to all becomes very clear.

But the systems we have in place to enable people to marry have a lot of catching up to do.

One supposed function of recognising two kinds of marriage is to try and afford the greatest amount of freedom to the greatest number of people: the freedom for the non-religious and same-sex couples to attain the legal benefits and protections afforded by marriage, and the freedom of religious institutions to refuse to marry the former. But on inspection, this system falls short of achieving its aims.

What is the reason for this imbalance? I suspect part of the explanation may lie in the process and costs involved in licensing a venue for marriage, which differs considerably depending on whether it's a place of worship or not.

If you want to register your place of worship for marriage, you need to complete a two-sided form giving details of 20 householders confirming that they attend the place of worship and wish to see it registered for marriage. You will also need to pay a one-off fee of £123. The ceremonies will be observed by a superintendent registrar for a year to ensure they are carried out in an approved manner satisfying legal requirements for marriage, but following this no further observation is needed.

But if you want to register your venue for civil weddings, it's a different matter. You'll need to agree to terms and specifications set out in a 36-page manual and the licence fee is far greater. Manchester City Council charges £900 for a civil wedding licence, which must be renewed every three years.

It's easy to imagine that a venue might try to get itself registered for religious marriages rather than civil marriages in order to spare itself the added bureaucracy and eye-watering expenses. Conveniently, 'place of worship' isn't clearly defined by HM Passport Office, which oversees the registration of marriage venues. Over a thousand different religious denominations are represented in the list of places of worship registered for marriage (this list does not include Anglican churches). Some of these denominations are very obscure and whether or not they represent 'religion' could be debated. They include 'Scientology' and 'Who object to be designated by any distinctive religious appellation'.

It should be noted that Scientology is not recognised as a religion by the Charity Commission. The religious denomination listed as 'Who object to be designated by any distinctive religious appellation' registered its place of worship simply as 'Meeting room'.

The costs involved in getting a venue licensed for civil marriage may also contribute to the high expense of weddings, which in turn may account for the disparity we now see in marriage rates according to social class. Almost 90% of middle earners get married, compared with only a quarter of couples on low incomes.

The inequalities within the marriage system become even starker when we examine the options for same-sex couples.

The number of places of worship registered for same-sex marriages is astonishingly low. Just under 200 say they can hold same-sex weddings – about 0.5% - even though 6% of LGBT young people regularly attend a place of worship according to Stonewall.

This means that regardless of their spiritual beliefs, same-sex couples can only get married in 16% of the registered marriage venues in England and Wales. Not only that, but they have to compete with the opposite-sex couples who want a civil marriage (or are compelled to have a civil marriage because places of worship reject them on religious grounds). So those 16% of marriage venues are in huge demand, and this no doubt contributes to the inflation of costs of both same-sex and opposite-sex marriages.

And in 2017, a record one million people were openly gay, lesbian or bisexual. The age group most likely to identify as LGB were 16-24 year olds. The increase in openly-LGB young people is also likely to fuel the rise in same-sex marriage.

What will the rise of same-sex marriages mean if the proportion of venues that are willing to accept all couples regardless of religion or sexuality does not change to reflect society?

Despite the fact marriage is a civil institution with very real legal implications, the concept of marriage is conflated with religion to such an extent that there is considerable confusion regarding what 'marriage' means.

One consequence of this has been confusion over the status of Muslim nikah marriages. A purely ceremonial nikah that does not involve any legal documentation or registration is not recognised as a marriage in UK law, although Muslims may be unaware of this. This brings problems further down the line if the marriage breaks down, as the couple will not have the same rights and protections as a legally married couple. In 2014, a study of 50 Muslim women in the West Midlands found that while 46 were in a nikah marriage, only five were in a legally-recognised civil marriage. Over half were unaware that they lacked the full legal rights and protections of civil marriage.

The fact UK law recognises certain religious marriages as both legal and separate from civil marriages exacerbates the issue. After all, Jewish and Quaker marriages carried out in an approved manner are legally binding even if they do not take place in a registered marriage venue – why should a nikah be different? This has led to some calls for all nikah to be given the same legal recognition as marriages that take place under legally regulated conditions. And in March, the government proposed in its Integrated Communities Strategy Green Paper to require civil marriages to be conducted before or at the same time as religious marriages, with particular reference to nikah.

But is this an appropriate response? Should we carry on making marriage more complicated by giving increasing numbers of religious marriages legal recognition, or by imposing civil registration on religious ceremonies?

There is a way to resolve all these problems regarding the unequal provisions for same-sex and non-religious couples and the status of nikah weddings. It is to make the legal act of marriage a completely secular, civil affair.

Other European countries including France have already separated church and state in marriage. Even in this country, both the precedents and mechanism exist for marriages to be fully secularised.

Take Dode Village in Kent, for example. This ancient site and its deconsecrated church is registered as a civil marriage venue. But as a site of great antiquity and spiritual significance to some, it has become a popular venue for Pagan "handfasting" weddings. Pagan weddings at Dode often consist of two parts. First there's the legal act of marriage, which is held by the registrar and involves set wording, procedures and the signing of documents which make the act a recognised marriage in law. At this point no religious content may enter into the ceremony.

Members of minority faiths have been married in this way, with separate legal and religious proceedings, for many years. There is no reason why more mainstream religions, including the Church of England, cannot follow suit. A legally-binding marriage could still take place in a church, but the civil proceedings would take place separately from the religious ones, rather than the two being bound together.

One solution, which would afford greater freedom to both the religious and non-religious, would be to change the focus from the venue to the celebrant performing the ceremony, as is currently the case for Jewish and Quaker marriages. A qualified civil registrar would be able to perform the legal aspects in any suitable venue, which could then be followed by a religious ceremony conducted by someone of the faith.

Such a system would help ensure that same-sex and non-religious couples had the same access to the legal institution and protections of marriage as opposite-sex religious couples, while at the same time preventing the state from interfering with the beliefs and practices of religion. If all marriages followed the example of Jewish and Quaker marriages and were dependent on the status of the celebrant rather than the venue to confer legal status, we could do away with the expensive and onerous process of registering buildings for marriage completely. And there would be no need for the classification of religious and non-religious venues.

And what's more, secularising the marriage process would contribute towards dispelling the confusion regarding the nature of marriage. By stressing to the public that marriage is a civil and legal institution, the state will be helping to educate its citizens in the real rights, responsibilities and protections involved in entering into a legally-binding contract with another person. That's why divorcing religion and state in wedlock would lead to more happy marriages.