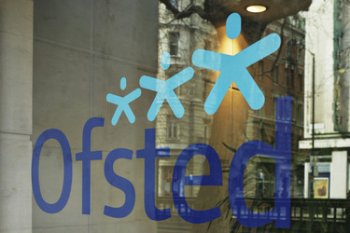 The National Secular Society has welcomed a commitment by OFSTED's chief inspector to protect children in unregistered faith schools.

This weekend Amanda Spielman said the schools inspectorate would "do everything we can" to ensure schools comply with the law, including closing those operating illegally. She also called for the introduction of new laws to tackle unregistered schools.

"It is clear that weaknesses in current legislation allow some organisations to teach school-aged children religious texts full-time and avoid proper scrutiny," she said. "Action is also needed now to protect the children who attend these places."

The trend has led to concerns that children are receiving a narrow and intolerant education which often endangers their safety. One former pupil of a Hasidic Jewish school in north London told the Sunday Times that teachers had hit him on a "daily basis" for minor infractions such as asking difficult questions. Elsewhere inspectors have noted squalid conditions and failures to comply with fire regulations.

Since January 2016 inspectors have identified 286 schools suspected of operating illegally in England. They have inspected 116 and issued 36 warning notices. In February Ofsted told the National Secular Society that it suspected at least 20 of the first 24 schools to receive notices had a religious ethos. These included Muslim, Jewish and Christian fundamentalist centres. Ofsted added that it is not always possible to determine a school's religious character.

Last month Spielman told the Festival of Education that she had "exactly the same zeal and passion" for tackling extremism as her predecessor, Sir Michael Wilshaw. Under Wilshaw's leadership, Ofsted created a taskforce on unregistered schools and began publishing regular advice to the education secretary on the issue.

Spielman also said schooling should be based on "the active promotion of British values" and explain to children "how they make us a beacon of liberalism, tolerance and fairness to the rest of the world".

The National Secular Society has long campaigned for tougher action on unregistered faith schools. Recently there have been signs that its message is being heard. In March Lord Nash, the schools minister, told NSS that the government "shares your concerns about unregistered schools which are illegal, unsafe and are denying pupils a good education".

Today Stephen Evans, NSS campaigns director, said: "Amanda Spielman's willingness to confront unregistered faith schools, and call for government action, are encouraging. For too long policy makers turned a blind eye to this problem. The wishes of religious communities must not be allowed to trump young people's right to an inclusive education which opens their minds."