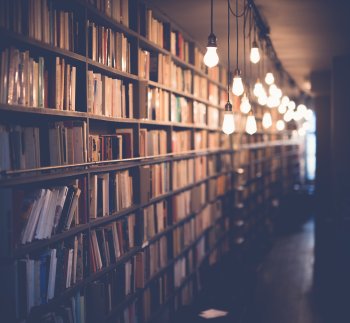 Ahead of Libraries Week 2017 Alastair Lichten argues that libraries' values of free expression and pluralism illustrate how a vibrant secular democracy should work.

Our public services – the majority of which are thankfully free from religious discrimination and privilege – show secularist principles in action. This is especially true for libraries, which challenge the notion that secularism is a rival, rather than defender, of pluralism.

Those who want to impose religious values in public institutions don't like secular neutrality. They veer between claiming that without a religious basis schools would be amoral wastelands, and complaining that not imposing religion imposes atheism.

A public library is not a morally neutral place. Its very existence is a moral decision. But a public library is morally non-partisan. It is underpinned by values of equality, freedom of speech and pluralism, but personal moral viewpoints aren't privileged. A librarian may morally object to the religious, political or cooking books that you pick from the shelves, but they serve you equally.

Conflicts between religious rules and the individual conscience - between the secular and the sacred, or between the priests and the pews - have been important themes in countless genres. Religion features in the fantasy/sci-fi section, in the shelves on history, it pops up in the bookcase on arts. But it's not privileged. It is treated as just another idea among many.

Even the Religion and Belief section doesn't tend to privilege the subject or specific views, treating it as just another area of interest, within which different ideas and criticisms have their place.

The pluralism of the library is about providing a space for ideas, not propping up ideas people aren't interested in. That freedom of choice also means that if one book in the Religion and Belief section starts gathering dust we don't have a moral panic over it. We don't start debating how to sneak it into different sections or bundling it together with books people actually want, so they have no choice. We don't start emptying out the section so there's less competition. If the book's not that interesting or relevant the publisher is welcome to bring out a new edition.

The relationship between public and private/voluntary libraries mirrors secular pluralism. Public libraries being organised around secular principles allow the freedom for individuals to organise their own libraries around whatever principles they like. If you want to organise a library entirely around your religious interest, or partisan political view, or favourite TV show, we generally realise why that should be a private/voluntary endeavour, rather than a public one.

One of the inconvenient things for people arguing against secularism is how absurd it seems when you take a secular public service and suggest organising it around religion.

Imagine if we created some ludicrous idea of what an 'authentic' Muslim/Christian/Jewish author was. If you're an author who happens to be one of those religions, you'd better stick to your box. Have ideas that challenge those ideas of 'authenticity' and those with the privilege to define them, and you won't fit in our neat sections.

Religious reactionaries have a complicated relationship with libraries. Like many other movements they used them as an organising method. Theocrats have often seen libraries as representative of education and pluralism, as places where people can get dangerous and immoral ideas. From trying to ban LGBT+ books and protesting Harry Potter, to book burnings, the methods vary but the impetus is the same.

Radical movements in this country have long understood the importance of libraries, both public and voluntary. For the early secularist movement they served a social and networking purpose, providing a rallying cry for fundraising and a means to resist the oppressive censorship of the religious establishment. Radical libraries resist the efforts of the privileged to whitewash history, and they preserve that history to inspire future activists. To find out more, please visit the Conway Hall library.

Follow the conversation on Twitter #LibraryLetters | @LibrariesWeek or if you're looking for a book to read, why not check out some of our book reviews.