It should be politically impossible for universities to enforce blasphemy laws 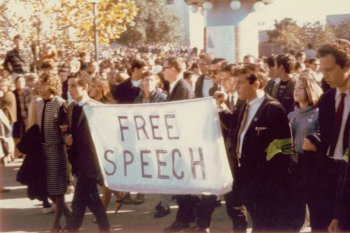 It should be politically toxic, publicly excruciating, there should be protests, and mass disruption to campuses when universities censor blasphemy. Where is the outrage?

The censors and reactionaries are at it again. The most recent case came from Bath. A mild piece of student comedy was excised by a Student Union and the university chaplaincy – because it *mentioned* Mohammed, and teased Jesus.

Students were "unofficially" threatened with disciplinary action if they went ahead with their performance.

Last week there was Queen's University Belfast. Initially, two excuses were offered for nixing a modestly titled talk on the shockwaves of the Charlie Hebdo massacre: security (read cowardice), and the 'reputation' of the university. After the university was shamed, it offered a third reason- an omission in the filing of health and safety paperwork by the event organisers. Administrators tried to claim that this was the real reason for the conference being scrapped. Rubbish.

Universities are increasingly herd-like, not daring to go it alone, and many Student Unions too seem populated by dubious figures of bovine passivity. We mustn't let them get away with it. After the Belfast scandal was made known, the University eventually appeared to backtrack and issued a statement "suggesting [the] possibility of conference going ahead" (as the Guardian put it). Hardly courageous, but it shows that pressure works.

I suspect the introduction of the profit motive has played its role as well: for both students and timid, corporate university hierarchies. Students are there to get a job at the end and daren't risk any association with controversy- it will be online forever; while managers have revenue streams to protect and corporate brand reputations to manage. In short, they are more interested in profits than prophets.

Too often this censorship comes from traditionally 'left wing' institutions like Student Unions. There is a stubborn strand on the left that refuses to be unequivocal in denouncing violence against people who use their rights of speech. The misinformed writers snivelling at PEN's decision to give a free speech award to Charlie Hebdo are this week's example. It's not all leftists, many realise and write that the left has a particular problem within its ranks with those who are faltering on the most important issue of liberation since the end of the Cold War.

In this most recent scandal at Bath, the Student Union actually went to the chaplaincy for their blessing on what a student comedy society could perform. They went searching for the forces of reaction and they found them.

Could you imagine firebrand student leaders of the 1970s or 80s siding with the clerics on a matter of blasphemy and comedy? I can't.

The people on our side of the debate aren't going to throw bombs, start riots or shoot up offices. What we should do is make it absolutely impossible for any credible institution to impose blasphemy laws on its students and staff.

We must give them as much hassle as we can. The reputational costs should be enormous.

At university I once met an undergraduate- a law student- who said they could not take part in discussions in class because they "did not like feeling like their ideas were being questioned." Indeed.

All too often, students are complicit in their own oppression and build up the neural architecture needed to familiarise themselves with- and adjust to- blasphemy- through familiarity with other types of censorship. It is therefore not as outrageous to them as it might have been: it begins with abused 'safe space' policies and it ends with blasphemy codes on campus.

As for the universities: appeasement doesn't make you safer; and we all have a part to play in shaming those who try it by installing blasphemy codes for reasons of corporate cowardice. If they must be embarrassed into defending freedom- then so be it. One by one, universities can be made to rediscover their true purpose, after a long period in the moral wilderness.