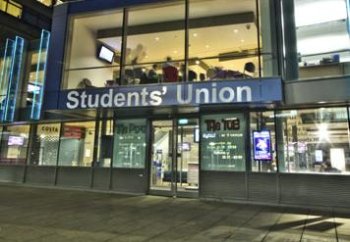 Bath Impact the student newspaper, reports that Union officials said the decision had been taken to maintain the 'inclusivity' of the university and to 'avoid complaints.'

One of the organisers told the National Secular Society that the sketch only "had a one line reference to Mohammed" but the group was told that they "couldn't mention him at all".

The Student Union showed the material to the chaplaincy, whose complaint was escalated to the Secretary of the University. The Society was then told "unofficially" that they would face disciplinary action if they performed the show as written.

The Society therefore cooperated and removed the line, but the entire sketch was removed anyway- despite the 'offending' line being edited out.

The chaplains also denounced the scene, which featured Jesus, as "graphic" and offensive. According to organisers of the Comedy Writing, Improvisation and Performance Society (CWIPS), the skit, called "Cooking With Christ" had to be removed when chaplains complained.

Just four hours before the opening night of the show, "The Bible According to CWIPS", a Union official who attended a rehearsal told the society that the "Cooking With Christ" scene had to be excised because of the chaplaincy's objections.

Ironically, the chaplaincy staged their own, separate performance of biblical scenes on the same night- which depicted Jesus being stabbed.

While one member of the Comedy Society said that the Union initially "couldn't give more of an explanation" for their instruction to axe the sketch, the Society learned that the University Chaplaincy had become involved, and organisers were then told that chaplains had read the scene and had "pronounced that [it was] too graphic."

The Chaplaincy is said to have described the cut sketch as "extreme", but the organisers commented that they had "worked very hard in order to make sure [the] material was enjoyable and pleasant for people of all faiths and background."

The Comedy Society was forced to abide by the Union's ruling, though organisers complained that while the Union was led by elected officers, the Chaplaincy should have had no authority within the Union.

Nick West, Assistant Director for "The Bible According to CWIPS", told the NSS; "At a university with such diversity of religion among students it's important to try to make sure no person feels alienated by the work we do. But the line needs to be drawn somewhere."

He added in a written statement that "at no point in the show" did the Comedy Society victimise any faith or its members.

"At the end of the day, it was a show based around the Bible and religion, not a show mocking it."

Despite advising that the line featuring Mohammed and the "Cooking With Christ" sketch be cut, the chaplaincy commented that "freedom of speech is important and should be respected".

The show also featured material on the Bible, Richard Dawkins, and a scene with God attending Jesus' school's nativity play.

NSS president Terry Sanderson said: "This is another example of blasphemy codes being normalised. It is extraordinary that the mere mention of Mohammed was considered unacceptable and that students were threatened with disciplinary action.

"The decision taken about the single line of dialogue mentioning Mohammed assumes that Muslim students would have been offended, and takes that as a sufficient reason to curtail these students' artistic expression.

"It is also very troubling to see 'inclusivity' being used as a spurious reason to shut down parts of the performance. There is an atmosphere of hysteria around satirising or criticising Islam, particularly since the Charlie Hebdo attack. We must start reclaiming ground from those who would silence free expression and satire.

"It is sheer hypocrisy from the chaplaincy to say freedom of speech should be respected while seeking to censor material lampooning Christianity."

Update 28/04/15: This story has been amended after new information came to light. An earlier version stated that the sketch "depicted" Mohammed, in fact, the scene simply mentioned him. Additionally, organisers have informed us that material relating to Jesus was cut as well, after chaplains objected to it.

Update 05/05/15: The Bath Atheists, Humanists & Secularists Society have written an open letter to the Students' Union and the University Secretary expressing their concerns over the incident and implications for free expression and community cohesion at the University.