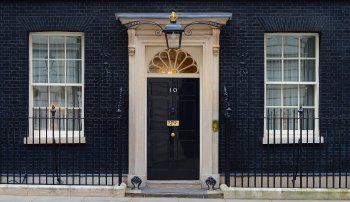 The National Secular Society has called for separation of church and state as figures show Britons don't think the prime minister must be Christian.

Seventy-one per cent of British people said it was "not at all important" (49%) or "not very important" (22%) for a British prime minister to be a Christian, according to figures collected by Deltapoll last month.

Catholics are specifically excluded from becoming the monarch.

The UK is also the only democracy to have an explicitly Christian ceremony for its head of state's accession, with the monarch pledging to maintain the "laws of God" during the coronation.

The entanglement of church and state, resulting from the established status of the Church of England, has also caused problems for prime ministers. Last year, Boris Johnson was forced to relinquish his prime ministerial role of advising on the appointment of CofE bishops after apparently converting to Catholicism.

NSS chief executive Stephen Evans said: "These latest figures showing the British public overwhelmingly don't care whether or not the prime minister is Christian should prompt a serious rethink of the privileged place of the Church in our constitution. An individual's personal religious or nonreligious beliefs shouldn't be a barrier to becoming PM or head of state.

"Laws dictating that our head of state must a be a confirmed member of the Church of England are clearly discriminatory and ridiculous in one of the least religious and most religiously diverse countries in the world.

Hat tip to Clive Field's Counting Religion in Britain blog for the statistics.