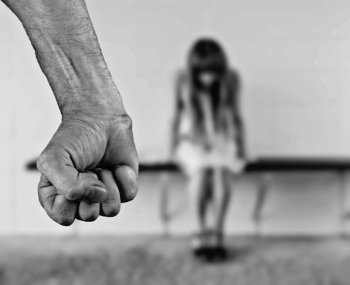 The NSS warned against outsourcing services tackling violence against women and girls (VAWG) to religious groups which proselytise to service users or fail to support women's equality in response to an independent review established by the Scottish government.

The review aims to develop a new funding model that will "ensure high quality, accessible specialist services" across Scotland for those experiencing any form of VAWG.

The NSS said there are "specific concerns" regarding outsourcing VAWG services to religious groups.

It said many religious organisations do not support women's equality because they bar women from leadership roles or teach that women are subordinate to men. They may also oppose access to contraception and abortion, which may be "essential" to victims of VAWG.

The NSS said moves in England to give government funds to faith groups offering community services has attracted criticism from Pragna Patel of Southall Black Sisters, which defends the rights of women in ethnic minority communities. She said SBS has to "constantly contend" with faith groups which claim to deliver services to women and children subject to domestic abuse but in reality puts them "at further risk of abuse and harm".

The NSS said it is "essential" that religious groups are not allowed to run public services "for the right to proselytise to service users", which can be "alienating and exploitative".

It gave examples of faith-based charities, including those for women involved in sex trafficking, which offer prayer to service users despite the Human Trafficking Foundation Slavery and Trafficking Survivor Care Standards including a non-proselytisation clause.

It also highlighted a report from the Evangelical Alliance presented to the Scottish Government in June, in response to the government's announcement that it would commit £50 million over the next five years to community organisations helping people battling addiction. The report, which includes examples of Christian groups that offer "Bible studies as pastoral support", said it aims to "demonstrate the value and necessity of directing this funding toward many of the pre-existing faith-based programmes across Scotland".

NSS head of operations Helen Nicholls said: "Many faith-based groups offering community services that operate according to high ethical standards and do not proselytise.

"Unfortunately, there are many others that do not. However well-intentioned, some faith groups cannot resist using community services as an opportunity to preach to vulnerable and desperate people.

"Others may adhere to conservative religious ideas about women, which at worst can put women at even greater risk of harm.

"We therefore urge the Scottish Government to exercise caution in working with religious organisations to tackle VAWG. It should refuse to work with those that do not uphold basic principles of equality based on sex, sexuality or religion or belief, and those that push an unwanted religious agenda".

The independent review closes on Monday.

Southall Black Sister's founding member Pragna Patel will be speaking about women's rights and secularism at the NSS's Bradlaugh Lecture in Manchester on October 1st. Tickets are available here.

Image by Alexa from Pixabay

Facing many directions: Dissent and resistance in defence of women's rights and secularism, with Pragna Patel