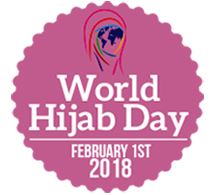 The National Secular Society has criticised the Foreign Office for "fetishising Islamic head coverings" after it encouraged staff to mark 'world hijab day'.

The Foreign Office sent an internal memo offering employees the chance to wear free hijabs on 1 February. Since 2013 some have called this 'world hijab day'. Others have responded, particularly on social media, by declaring 'no hijab day'.

The memo claimed "many" women see the headscarf as representing "liberation, respect and security".

"Would you like to try on a hijab or learn why Muslim women wear the headscarf? Come along to our walk-in event. Free scarves for all those that choose to wear it for the day or part of the day.

"Muslim women, along with followers of many other religions, choose to wear the hijab. Many find liberation, respect and security through wearing it. #StrongInHijab. Join us for #WorldHijabDay."

A Foreign Office spokesman told the Evening Standard the event was for staff at its London office who wanted to learn about 'other cultures'.

'World hijab day' was created by a woman in New York in 2013. Its organisers say they created it "in recognition of millions of Muslim women who choose to wear the hijab and live a life of modesty". They also say it is designed to "fight discrimination against Muslim women through awareness and education".

They claim the support of politicians including Nicola Sturgeon, the First Minister of Scotland.

Stephen Evans, NSS chief executive, said: "This appears to have been a well-intentioned event, but it is dubious whether civil service staff need their bosses to educate them on religious issues.

"If government departments wish to teach their staff about religion, they should do it warts and all. That means understanding that women are forced to wear the hijab across large parts of the world. And it means understanding the social pressure that encourages many others to wear it as a sign of 'modesty', submission to male-dominated religious authorities and a visible sign of commitment to one particular faith and community.

"Women who choose to wear the hijab should be able to do so in peace and without facing discrimination. But a critically-informed assessment of Islamic head coverings would not fetishise them. At a time when women in Iran are fighting for the right to remove their hijabs, the Foreign Office should be the first to realise this."