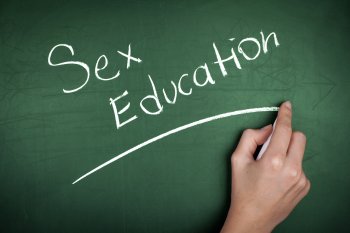 An article in the journal Sexual and Relationship Therapy says vaginismus, the condition of being unable to have penetrative sex due to the involuntary tightening of pelvic muscles, could be connected to religious suppression of female sexuality and a lack of accurate sex education.

It says a "strong adherence to conservative values" and "strict moral related standards" were found to play an active role in the defensive reflex of the pelvic muscles.

The study said Ireland had the highest prevalence rates of vaginismus in Europe, which could be attributed to "an active suppression of accurate sex education" through the Catholic dominance of state schools in Ireland.

Ireland's Education Act allows schools to teach relationships and sex education (RSE) in accordance with the school's ethos. Eighty-eight per cent of Ireland's schools are Catholic.

Faith schools in the UK are also permitted to teach RSE according to their ethos. A 2018 study by the National Secular Society found 77% of state funded secondary faith schools in England distort RSE by teaching it through a religious lens. This includes schools that teach sex outside of heterosexual marriage, contraception and abortion are sinful. Similar issues were also found in Scottish and Welsh faith schools.

Dr Maria McEvoy, a psychology lecturer in Waterford Institute of Technology and one of the article's authors, said: "Sex education in Irish schools definitely plays a role because of the church's grip on the curriculum and the government's lack of resources in training sexual health teachers."

The study said Catholicism "has been singled out as being particularly restrictive regarding sexual morality".

There have been recent calls to stop Irish schools from teaching RSE according to religious ideologies.

The study found religious orthodoxy "is synonymous with guilt" around sexual behaviour, which frequently leads to sexual dysfunction.

It said there were high rates of vaginismus in religiously conservative Middle Eastern countries that expect brides to be virgins, restrict premarital sex and hold arranged marriages. Such countries also "prioritise male sexual and marital satisfaction over female pleasure".

It said methods of sexual suppression in conservative religious societies can including "teaching anti-sexual morality and encouraging the passive role of the female in sexual relationships", in addition to "fear messages" to discourage sexual behaviour in women. These methods can all increase the risk of vaginismus.

Religiosity has also been linked to a lack of sexual knowledge, which itself is correlated with vaginismus, the study said. It said education "has been found to empower women with the knowledge and confidence to seek help for sexual problems".

NSS head of policy and research Megan Manson said: "We've long known that impartial and accurate sex education is crucial to help young people keep themselves safe and healthy in relationships as they grow up.

"Our own research has found many Catholic schools in the UK state that reproductive healthcare and sex outside of heterosexual marriage are sinful in their RSE policies. If such messages are leading to women being unable to enjoy a fulfilling sex life, this is extremely worrying and must be challenged.

"All young people, regardless of religious background, have a right to an education that enhances their experiences in adult life rather than diminishing them."