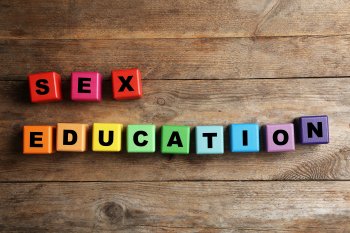 The local council in the Outer Hebrides has endorsed Catholic Church resources on sex and relationships – with some demanding they're used "exclusively". Neil Barber says this is a misguided decision.

There has been a bit of a stooshie in The Comhairle.

The Comhairle nan Eilean Siar is the local government council for the area of Scotland comprising the Outer Hebrides. It is based in Stornoway on the Isle of Lewis.

At its meeting on 30 November councillors held a debate over the Scottish executive's guidance for local schools on Relationships, Sexual Health and Parenthood. As part of the debate they considered amendments on whether to commend materials from the Scottish Catholic Education Service for use in island schools.

After a debate shrouded in confusion, the council has said it's approved SCES's materials for use. A councillor behind one of the amendments is even unhappy that the council won't commit to using them "exclusively".

Is the Catholic Church really an appropriate body to advise schools on how to teach RHSP?

The usual Catholic dogma of sexual abstinence till heterosexual marriage is cruel and naïve and simply does not recognise the real world facing young people.

Furthermore, its doctrine still insists that homosexual relations are "objectively disordered" and damns gay people unless they submit to spending their whole lives in celibacy. SCES's resources on health and relationships education push "the church's vision" of "marriage as the ultimate expression of love between man and woman" on children from primary school.

What an absurd and inappropriate message for pupils to receive in school and what a charter for bullies! Homophobic bullying is a significant issue in Scotland's schools: in 2018 an LGBT Youth Scotland survey found 71% of LGBT young people experienced bullying in school and 50% experienced suicidal thoughts or behaviours.

Surely religious views on such subjects are a private choice for parents and should, while respecting equality legislation, be the preserve of Sunday schools?

The Catholic Church in England and Wales was recently excoriated by The Independent Inquiry into Child Sexual Abuse for prioritising its own reputation over the safety of children in its care. We still await the Scottish Child Abuse Inquiry's report into the same issue, but very much doubt there will be a clear tartan line between the two inquiries' findings. Perhaps the church should be hanging its head in shame rather than presuming still to prescribe sexual morality to others.

In trying to put the record straight Malcolm Burr, the chief executive of The Comhairle, has written that there has been "no decision exclusively to use materials provided by Scottish Catholic Education Service". He's said that while use of material from the SCES has been "commended to schools," lesson plan final decisions are "for head teachers and individual teachers, in consultation with their schools' parent councils". He also advises that "SCES materials are already used in some Comhairle schools".

Surely the children of the Outer Hebrides deserve more consistent guidance than they'll get from a gamble on their head teacher's personal religious beliefs?

Failure to provide the facts about safe respectful sex will only facilitate unsafe and unhealthy experimentation, and denying young people information about how to be happily gay does not result in fewer gay people: just fewer happy gay people.

You can also read a letter from Neil Barber to The Scotsman on this topic, published on Friday 11 December.