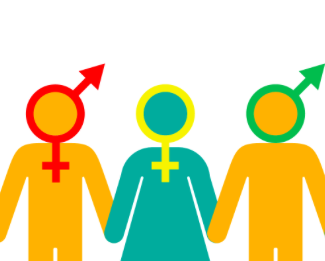 The National Secular Society has highlighted the risk that faith groups will continue to distort sex education in response to a government consultation over guidance for schools in England.

The NSS expressed its support for guidance which will require secondary schools to provide age-appropriate education which will help young people "develop healthy, nurturing relationships of all kinds".

But the society warned the guidance on Relationships and Sex Education (RSE) had shown too much deference to faith groups in several areas.

The NSS's response comes just months after it highlighted the risk of allowing schools to teach about sex and relationships within the tenets of their faith. In May the society's Unsafe Sex Education report found that 77% of faith schools in England were distorting sex education by teaching it through a religious lens.

Many faith schools explicitly teach that same-sex relationships are wrong or that LGBT+ people are "disordered" and criticise sex outside heterosexual religious marriage. Some condemn contraceptives and abortion and teach taboos around menstruation.

The NSS's consultation response said these teachings contradict advice from healthcare and education professionals and are inconsistent with the Equality Act 2010, which protects people from discrimination.

The guidance is due to come into effect as the government prepares to make RSE compulsory in all schools by 2020.

The NSS's consultation response expressed support for moves to make RSE compulsory and for sections of the government's guidance which outline the subject's purpose.

The guidance says the aim of Relationships and Sex Education (RSE) is "to give young people the information they need to help them develop healthy, nurturing relationships of all kinds". It says RSE should help young people develop "safe, fulfilling and healthy" sexual relationships at the appropriate time, "understand human sexuality" and "respect themselves and others".

It adds that schools should teach "the facts and the law about sex, sexuality, sexual health and gender identity in an age-appropriate and inclusive way".

But it also says faith schools may teach "the distinctive faith perspective on relationships" and promote "balanced debate" on "issues that are seen as contentious". As an example it suggests schools could "reflect on faith teachings about certain topics as well as how their faith institutions may support people in matters of relationships and sex".

The NSS said these lines served as "a potential euphemism and cover for faith schools to distort RSE and preach their often discriminatory views on human relationships and sexuality".

The NSS said the requirement to take pupils' "religious background" into account was "open to abuse" by allowing religious groups to distort and censor the subject.

"Regard for the religious backgrounds of pupils must not serve as a euphemism for restricting sex education or framing it though a narrow normative lens based on such backgrounds."

And it warned against allowing schools to shield pupils from "knowledge which schools consider to be in conflict with their religious ethos" in the name of "flexibility".

"Schools do not need the approval – and cannot be subject to the veto – of religious communities to carry out their responsibilities."

The NSS added that schools should be supported against parental pressure to restrict subject knowledge.

The society expressed concern over the fact the guidance allows schools "to explore faith or other perspectives on some of these issues in other subjects such as Religious Education". The NSS said schools would often use this as licence to promote religious views on sexual orientation, contraception and pregnancy.

The NSS added that LGBT+ issues should not be exceptionalised and the appropriateness of material to a particular age group should not vary depending on the sexuality being addressed. It said schools should not stigmatise "the healthy range of natural human relationships and sexuality".

It said schools should not promote religiously-based modesty doctrines which encourage children to be ashamed of their bodies from puberty.

The NSS reiterated its opposition to a parental right of withdrawal from RSE except when schools promote faith-based indoctrination or misinformation. It said a parental right to withdraw from informed sex education would deny knowledge to children from conservative religious backgrounds – who "most need impartial, appropriate education in this area".

The society also warned that "falsehoods and anti-sex education propaganda" are often promoted within religious communities.

Explaining the NSS's response, chief executive Stephen Evans said: "Sex and relationships education should be every child's right. The government's drive to ensure children are taught about sex and relationships in every school in England is welcome. But in too many places its guidance defers to religious groups, undermining children's right to an informed education.

"Age-appropriate sex and relationships education is an essential part of a healthy upbringing and must not be diluted or altered in the face of religious pressure. When religious groups control children's education they teach them to be ashamed and guilty of some of their most natural instincts.

"Decisions on children's sex education should be made by those with relevant educational knowledge, not clerics."

In its submission to the consultation the Church of England claimed the guidelines "problematise religion" and "exceptionalise people of faith".