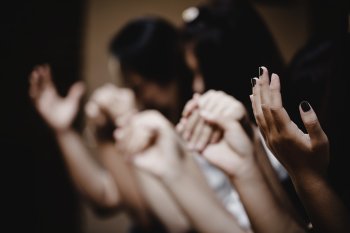 The NSS has written to the Minister for Women and Equalities Elizabeth Truss requesting clarification on the proposals outlined in a consultation on banning conversion therapy published last week.

So-called 'conversion therapy' is the practice of attempting to change an individual's sexual orientation or gender identity. It is rejected by mainstream psychologists and psychotherapists as ineffective, unethical and harmful.

In addition to creating specific prohibitions against violent forms of conversion therapy, the consultation proposes to ban 'talking' conversion therapy on under 18s or vulnerable adults. This is in line with recommendations from the NSS.

But it will permit these forms of 'therapy' where an adult "agrees by choice".

In its letter, the NSS said it supported the principle that adults with capacity should be allowed to make decisions that others may regard as unwise or dangerous.

However, it warned the idea of consent is "problematic in circumstances where individuals have been raised in insular religious households or communities".

It asked if adults who have been raised in fundamentalist and insular religious communities with little exposure to other views and people from outside their community will be considered 'vulnerable' for the purposes of the law.

The proposals also seek to ban coerced conversion therapy. The NSS said LGBT+ people in religious communities may be "motivated to seek conversion therapy through fear of going to 'hell' or other forms of divine punishment".

It asked if being raised in a community that suggested gay people will receive divine punishment would be considered a form of coercion.

The consultation says "private prayer" will not fall into the scope of the ban.

The NSS warned that this could create a loophole whereby "religious groups can continue to perform conversion therapy with impunity."

It asked whether 'therapies' performed in a religious setting or using religious rituals, such as non-violent exorcisms and laying on of hands, would be included in the law.

The NSS welcomed proposals to ensure charities do not support conversion therapy. The NSS has repeatedly raised the issue with the government and the Charity Commission, as it has identified a number of registered charities that have performed or promoted conversion therapy in the name of 'advancing religion'.

However, it said the proposals are "not robust enough" to tackle the issue, because they appear to permit organisations supporting legal, 'consensual' forms of conversion therapy to continue to operate as charities.

It warned that because charities promoting conversion therapy are usually registered under the charitable purpose of 'the advancement of religion', which is generally assumed to serve a public benefit, it would be difficult to revoke such organisations' charitable status.

The NSS campaigns for 'the advancement of religion' to be removed from the list of recognised charitable purposes.

Earlier this year the Northern Ireland Charity Commission refused to act against Core Issues Trust, a Christian organisation which promotes "change orientated therapy" for gay people. The commission suggested it was not its role to take a position on conversion therapy while it remains legal.

This week it was reported the government held a previously undisclosed meeting earlier this year with Core Issues Trust, which the charity described as "productive".

The government's proposals will only apply to England and Wales, but responses from its consultation will be shared with "respective administrations".

NSS chief executive Stephen Evans said: "We are keen to ensure these proposals protect individuals most likely to experience conversion therapy and fear, at present, they may fall short."

"Whilst we strongly support the principles of freedom of choice, freedom of speech and freedom of belief, it is important to recognise that such rights can be limited to ensure the protection of the rights, freedoms, health, and wellbeing of others."

"We fear that potential gaps in the proposals may result in the new law failing to achieve its stated aim."