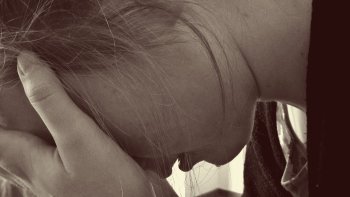 Attempting to change someone's sexual orientation is unethical, exploitative and potentially harmful. So said the UK Council for Psychotherapy, the British Association for Counselling & Psychotherapy, the Royal College of Psychiatrists and a host of other professional bodies in the field of medicine, psychology and psychiatry in a consensus statement drawn up in 2014.

The harms of so-called 'gay conversion therapy' were made clear in a 2018 survey by the Ozanne Foundation. Of those respondents with experience of attempting to change their sexual orientation, well over half had suffered from mental health issues as a result, including nearly a third who had attempted suicide.

But 'conversion therapy' still goes on in the UK. It is reliant on the belief that same-sex relationships are a moral evil and that same-sex attraction is a 'disorder' or 'sickness' in need of a cure.

It's therefore unsurprising that supporters of various forms of conversion therapy are usually conservative religious institutions. In 2017 an investigation by the Liverpool Echo found a Pentecostal church, Mountain of Fire and Miracles, offered 'gay cure' sessions involving intense prayer and starvation. And in 2018 Winners Chapel, another Pentecostal church, was filmed attempting to 'cure' an undercover reporter of his homosexuality via a "complete mind reorientation".

What is perhaps more surprising, however, is that organisations promoting and conducting gay conversion therapy are frequently registered charities.

Both Mountain of Fire and Miracles and Winners Chapel are registered with the Charity Commission. And they aren't the only charities who have been involved in conversion therapy.

This week the National Secular Society helped to highlight this. We challenged the charitable status of one of the primary supporters of conversion therapy in the UK, Core Issues Trust, which is registered in Northern Ireland. Although it rejects the term 'conversion therapy', it advocates what it calls "change orientated therapy" for people "seeking to leave homosexual behaviours and feelings". The trust says the therapies it promotes "support client goals to prioritize (sic) conservative religious values over their same-sex attractions in identity development".

Charities are meant to provide a public benefit. So how can organisations promoting an unethical and harmful activity be charities?

The reason is hinted at in a Charity Commission ruling in 2016, concerning an organisation called Living Out. Although Living Out says it does not support conversion therapy, it nevertheless regards same-sex relationships, and even merely desiring sexual encounters with someone of the same sex, as sinful. It therefore seeks to help "Christian brothers and sisters who experience same-sex attraction stay faithful to biblical teaching on sexual ethics". In other words, the organisation exists to encourage gay people to practice abstinence.

In 2015, the Charity Commission rejected an application from Living Out to the charity register, on the basis that it was not serving a public benefit and because it "was not evidenced that the organisation sought to promote the wider Christian religion rather than the specific doctrines with regard to homosexuality."

But the commission said it was now satisfied that Living Out "was a more broadly-focused organisation, interested in promoting acceptance, love, compassion and a welcoming place in the Christian Church for same-sex attracted individuals who wish to stay true to their Christian faith".

And therein lies the root of the problem. These charities are permitted to promote gay conversion therapy, or the idea that even to think sexual thoughts about people of the same sex is wicked, because they do so in the name of religion. "The advancement of religion" is legally recognised as a charitable purpose, and all of the charities named here are classified under this purpose.

There are encouraging signs that society is growing less tolerant of the homophobic idea that gay people need 'curing' or encouragement to live a life of celibacy. In 2018 the government announced that it would bring forward proposals to end the practice of conversion therapy in the UK. And earlier this year, the Northern Ireland health minister expressed an interest in investigating the issue further.

An obvious place to start is to look into the law that enables conversion therapy to take place in the name of charity: the law that classifies 'the advancement of religion' as a charitable activity.

While many people are motivated by religion to do good in the world, it should never be assumed that advancing religion in and of itself benefits the public. As conversion therapy so devastatingly demonstrates, religious ideology and activities are sometimes downright harmful to individuals and to society. But allowing organisations that promote 'conversion therapy' to register as charities gives them access to tax breaks, extra funding via Gift Aid, and a veneer of respectability.

Including 'the advancement of religion' among the list of charitable purposes does not merely privilege religion – it hands religious institutions the tools they need to exploit the vulnerabilities of religious people themselves, including those experiencing religiously-rooted feelings of guilt or fear about their sexual orientation.

That's why we need to take religion out of the picture when deciding whether or not an organisation should be a charity, and instead ensure all charities, whatever their religious or secular ethos, demonstrate a tangible and recognisable public benefit.

Read the NSS's report on religion and charity law, For the public benefit?: The case for removing 'the advancement of religion' as a charitable purpose.

Image by Ulrike Mai from Pixabay.