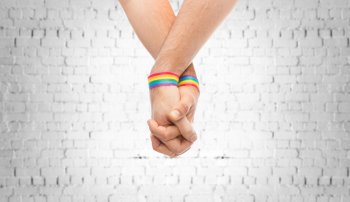 Northern Ireland's charity regulator has refused to take action against a Christian organisation which promotes "change orientated therapy" for gay people, after the National Secular Society raised its case.

Last year the NSS wrote to the Charity Commission for Northern Ireland to urge it to review Core Issues Trust's status as a registered charity.

Now the commission has said it has closed an enquiry file into the case and it will not be taking the NSS's concern forward "at this time".

Core Issues Trust advocates what it calls "change orientated therapies" for people "who want to move away from homosexual feelings, behaviours and attractions".

The trust says the therapies it promotes "support client goals to prioritise conservative religious values over their same-sex attractions in identity development".

The trust is registered as a charity in NI. Its official charitable purposes are to advance religion and advance education.

Under its objects of association, it encourages "lifestyle choices consistent with Christian living" and upholds the view that sexual relationships outside heterosexual marriage are "inconsistent with" the Bible.

The Charity Commission told the NSS of its decision in a letter in January and has now followed up with a further explanation, after the society queried it.

Its latest letter says it's "not the role of the commission to adopt a position on the charity's conduct in this matter". It notes that the Core Issues Trust presents its therapy as "beneficial" and "contests the view that this practice is inherently harmful".

It adds that the charity's trustees have "demonstrated a regard for" guidance on providing a public benefit.

In the January letter, the commission said charitable purposes must be "beneficial, not harmful". But it added: "We note that the practice of conversion therapy / change orientated therapy is not among the purposes of the charity."

Both letters appeared to suggest it was not the commission's role to take a position on such therapy while it's legal.

The January letter also said the commission's staff had decided to register the trust as a charity in 2016, as its charitable purposes were listed in law and served a public benefit.

But it added that the commission could revisit the trust's charitable status depending on the resolution of an ongoing technical dispute, over who holds decision-making power within the commission.

"Bogus therapies which encourage people to change or suppress their sexuality are harmful, unethical and widely discredited.

"It beggars belief that groups that promote them can enjoy the tax breaks and public recognition that charitable status brings.

"The case also shows the need for a rethink of religion's privileged status in charity law, which would make it easier to hold groups like Core Issues Trust to account."