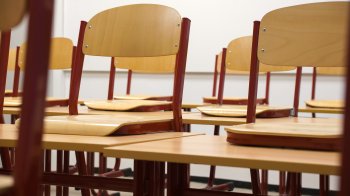 The school inspectorate Ofsted has said an independent faith school "appears to be in breach" of equality law by segregating male and female pupils in lessons.

Boys at Leeds Menorah School are taught about Jewish criminal and civil law but girls are not, according to a report published Wednesday.

School leaders say boys need this subject for their higher education but it is "less relevant" to girls, the report said, adding that this separation by sex appeared to be in breach of the Equality Act 2010.

Staff also told Ofsted that boys and girls are expected to sit separately in lessons.

The school was rated 'inadequate' by Ofsted in 2019 and found to not meet the standards for independent schools in follow-up visits in February 2020 and May this year.

The latest report, from the May inspection, also criticised the school for a variety of other reasons. These included its lack of information regarding relationships and sex education, areas of the site that were unsafe, and safeguarding failings in its recruitment procedures.

Segregating pupils according to sex within mixed sex schools was found to amount to unlawful sex discrimination in a landmark ruling in 2017.

The Court of Appeal found Ofsted was correct to penalise Al-Hijrah school, a state-funded Islamic school in Birmingham, for segregating boys and girls for all lessons, break and lunchtimes, school trips and school clubs.

In 2019, Ofsted criticised several independent faith schools after they were found to be segregating pupils by sex.

Megan Manson, head of policy and research at the NSS, welcomed Ofsted's intervention.

"Schools shouldn't be allowed to discriminate in this manner by deeming certain subjects off-limits to pupils based on their sex, or encouraging boys and girls to sit separately.

"Schools certainly shouldn't be allowed to contravene the law – they should be held to account equally, regardless of religion.

"And where schools repeatedly fail, religious sensitivities shouldn't stand in the way of the action needed to protect children's rights."

The NSS has previously raised concerns with the government over children's rights at independent faith schools which repeatedly fail inspections, including in a letter to the Department for Education last year.

The DfE has since taken action, or indicated a willingness to take action, in some cases which the NSS has raised.