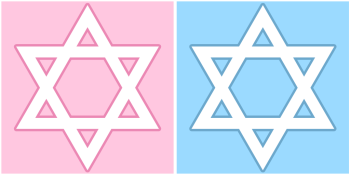 The National Secular Society has called on the Department for Education (DfE) to investigate a number of state-funded Jewish schools where pupils receive different religious education lessons according to their gender.

NSS research suggests male and female pupils at some Jewish schools are not being given an equal education, because they are taught a different curriculum during Religious Studies. The NSS says this is clear breach of equality law.

One example is Beit Shvidler Primary School, a Voluntary Aided school in Barnet. The overview of their Limmudei Kodesh (Jewish Studies) on their website states: "Boys and girls learn together in their kodesh lessons until the end of Y4. In Y5 and Y6, some of the kodesh lessons are split with the boys studying Gemoro whilst the girls study a unique Sefer Hachinuch curriculum as well as Megillos Esther and Megillos Rus."

Another state Jewish school that is segregating pupils is Hasmonean High School, a mixed academy in Hendon. According to its website, "in accordance with the ethos of the school, boys and girls are taught separately on two campuses". Additionally, the curriculum page reveals that boys and girls are taught different Chumash (Torah reading) studies, boys only are taught Gemara (commentary on part of the Talmud), and that only girls appear to be taught PE.

In October the Department for Education gave Hasmonean the green light to undergo an 'administrative split', in order to avoid any implications of the recent ruling that gender segregation at Al-Hijrah school in Birmingham was unlawful sex discrimination. The school's executive headteacher told parents that the "DfE will require Hasmonean to de-amalgamate into two separate schools but there will be no further implications for the school other than this".

Hasmonean High School and The King David High School both received 'Outstanding' grades in their most recent Ofsted reports.

Religious education provision at these schools is inspected by the Board of Deputies of British Jews inspection body Pikuach, not Ofsted.

Segregated Jewish Studies also take place in Barnet, at Hasmonean Primary School and Menorah Foundation School, and in Brent, at North West London Jewish Day School. All of these schools are state-funded. In all cases, certain aspects of Judaism that are taught to boys are not taught to girls.

Some schools were also found to practice segregation in extra-curricular and collective worship activities. An example is the Moriah Jewish Day School's equalities policy, which states: "Pupils are taught about the equal but different functions of men and women in ancient Jewish tradition e.g. in our pre-Sabbath assembly, girls light the candles and boys recite the Kiddush."

Broughton Jewish Cassel Fox Primary School in Manchester and Menorah Primary School also previously described different Jewish Studies curricula and expectations for boys and girls on their websites. Their websites have now changed since the NSS raised the issue with the DfE.

The findings contradict the words of Rabbi David Meyer, Executive Director of the Partnership For Jewish Schools (PaJeS), after the Al-Hijrah ruling. Rabbi Meyer defended gender segregation in co-educational schools by saying: "The DfE has every right to expect schools to offer the same opportunities to boys and girls. However the rights of parents to determine how this should be delivered should be unquestioned."

The NSS's research suggests boys and girls are receiving separate and unequal education in some Jewish orthodox schools. Pupils at Al-Hijrah were receiving the same curriculum.

Stephen Evans, NSS chief executive, said: "All children should be entitled to an equal education. Here we have a clear example of religion's role in state-funded education leading to unequal opportunities for boys and girls.

"Whilst faith schools are granted equality exemptions to discriminate in a number of ways, this only relates to the grounds of religion or belief – not gender. England's archaic and unsatisfactory approach to religious education means that some faith schools can still use the subject to inculcate religious dogma. In these schools it also involves the troubling perpetuation of patriarchal gender norms.

"Any government seriously concerned about gender equality and the independent rights of the child would not allow this to happen – let alone hand over taxpayers' money to fund it."