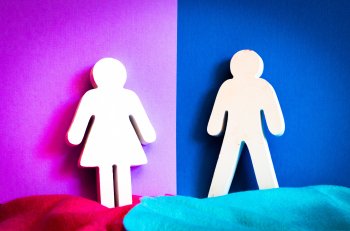 Two independent faith schools which segregate children by sex and one which encourages girls to enter "caring professions" have been warned by the government.

Last week the Department for Education published warning notices sent to the schools in April after they failed Ofsted inspections.

Al-Khair School, an Islamic school in Croydon, was rated 'inadequate' after Ofsted inspectors found male and female pupils were segregated from age 11 without legal justification. This is unlawful because it amounts to discrimination under the Equality Act 2010.

Boys and girls at Al-Khair School must use separate entrances and are segregated for all classes and activities. Ofsted said the policy causes a "detriment" to pupils because "boys and girls cannot learn and socialise together".

Ofsted also said "school leaders come under pressure from the community" to "prevent girls from going scuba diving" and to "increase the memorisation of the Koran".

The school's leaders intend to split the school into separate boys' and girls' schools but had not started the process at the time of the inspection.

Ofsted also criticised the school for failing to vet applicant teachers and visitors to the school appropriately.

Gateshead Jewish Nursery School was also rated 'inadequate' because it unlawfully segregated pupils by sex during formal lesson periods and treated pupils differently depending on their sex.

Inspectors found that reception-age girls were "making basic shapes out of pasta" while children in a boys' class were "discussing a complex story". When boys and girls did not play together outside, staff explained that "boys dominate the bikes".

Ofsted also found children were "routinely exposed to gender stereotyping". When female children were more studious, staff commented "well, they're girls". Ofsted said boys' behaviour was sometimes not as good as that of the girls as a result.

Gender stereotyping was also evident at Beis Trana Girls' School, a single-sex Jewish school in Stamford Hill in London. Pupils told inspectors they wanted information on careers such as "accountancy and property management", but careers advice and guidance in school "focuses on caring professions".

The school allocates half the pupils' time to "religious studies" and has a "very extensive" faith curriculum in which pupil progress is tracked "with care" and pupils learn about their own culture "in great depth".

In contrast, pupils study secular subjects "at a very superficial level". Their progress in key stages 3 and 4 is not tracked effectively which "does not lead to the standards they are capable of achieving", while the quality of planning and teaching is "weak". Pupils only study three GCSE subjects which "limits pupils' opportunities".

Additionally, teachers "do not acknowledge the diversity of families and relationships in modern Britain" and pupils' understanding of other cultures "is not very deep". Pupils are not taught about the internet, and there are no laboratories to conduct experiments for science lessons.

Beis Trana was rated 'inadequate' in light of these findings.

"It is concerning that two years after sex segregation within the same school was ruled unlawful, there are schools which ignore the law and persist in keeping boys and girls separate.

"It's probably not surprising that at sex segregated and single-sex religious schools, we see gender stereotyping and different standards held for pupils. In the long run, this will harm pupils' access to equal opportunities and their ability to form healthy relationships with people of the opposite sex.

"The government must make it clear that all schools, including independent faith schools, must follow the law and treat male and female pupils equally."