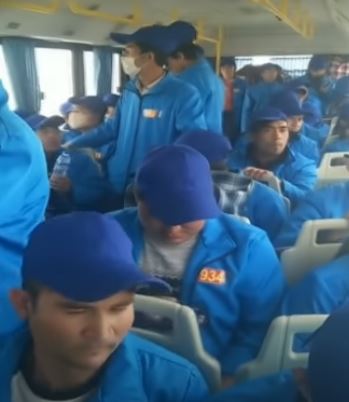 Parliament is expected to debate China's persecution of Uighur Muslims after more than 100,000 people signed a petition demanding action on the issue.

The petition, which has amassed 125,000 signatures at the time of writing, calls on the government to impose sanctions on China over its abuses of Uighurs' human rights.

Last week the radio host Maajid Nawaz, a prominent supporter of the National Secular Society, went on hunger strike for several days until there were enough signatures to secure a parliamentary debate.

Around one million Uighurs, Kazakhs and other predominantly Muslim minorities are estimated to be held in concentration camps in the province of Xinjiang.

Last year the UN Human Rights Council was told that the Chinese government was harvesting and selling organs from persecuted religious and ethnic minorities on an industrial scale.

China's Communist regime has also been accused of practising forced sterilisation on a large scale and of a broader crackdown on religious freedom.

China has claimed its crackdown on the Uighurs is needed to tackle Islamic terrorism, and this weekend the Chinese ambassador to the UK dismissed talk of concentration camps as "fake".

Meanwhile the UK's foreign secretary, Dominic Raab, accused China of "gross and egregious" human rights abuses against the Uighur population and said sanctions against those responsible could not be ruled out.

"The persecution of Uighur Muslims is among the gravest human rights abuses taking place worldwide at the moment and requires urgent attention.

"We welcome the fact that parliament will consider this and urge the UK government to hold the Chinese authorities to account for their appalling assault on religious freedom."

Last week the NSS's podcast series featured an interview with Dr Sophie Richardson of Human Rights Watch, which considered the persecution of Uighurs and the crackdown on religious freedom in China.

The NSS has previously called on believers and non-believers to unite in condemning China's religious persecution.