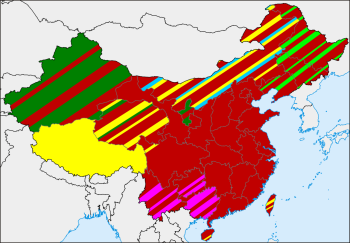 On paper, the Chinese constitution permits 'normal religious activities'. In reality, if you try to practise your religion in China independently of the state, you risk prison and worse.

In this episode, Dr Sophie Richardson, China director of Human Rights Watch, speaks to Emma Park about freedom of religion and belief in China – or the lack of it.

They discuss the Chinese authorities' persecution of the Uighurs, the Turkic Muslim minority in the north-west, and the deliberate strategies that are being used to wipe out their culture. In Tibet, Sophie reveals how followers of the Dalai Lama are sentenced to years in prison, and how the Chinese authorities even keep spies in the monasteries. There are similar stories of the suppression of Christians and Falun Gong practitioners elsewhere in China.

The speakers also consider the feebleness of the international community's response to these human rights violations –– and the grim outlook for basic freedoms in the People's Republic.

Support the podcast, share with a friend and leave a five-star review everywhere you can.

I'm listening to the latest episode of the NSS podcast. Emma Park is joined by @SophieHRW to discuss freedom of belief in China, the state's regulation of religion and the plight of the Uighurs.
Click to tweet