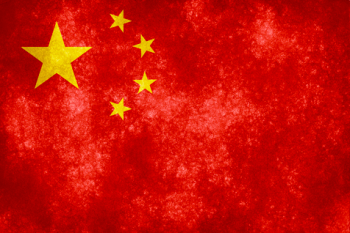 China is by far the most godless country in the world. According to one recent survey, 67% of respondents in China considered themselves 'convinced atheists'.

But China is far from being a secularist state. This is evidenced by its latest draconian crackdown on religious freedom. Secularism is a principled defender of freedom of religion, belief and expression. China is a serial abuser.

Freedom of religion is supposedly guaranteed under China's constitution, but when it comes to religious freedom, the Chinese government says one thing and does another. Article 36 of the Constitution protects freedom of religious belief and "normal religious activities" as long as they do not "disrupt public order, impair the health of citizens or interfere with the educational system of the state".

On the face of it, this seems reasonable. Under international human rights norms, the right to belief is absolute, but the right to manifest it is qualified. This means it can be legitimately interfered with in certain situations – usually to protect the rights and freedoms of others.

But the problem in China is that even 'normal' religious activities are considered a threat by the Communist-run atheist state.

Ever since Xi Jinping took the helm of the Chinese Communist Party in 2012, the authorities have ramped up religious persecution. The current clampdown is part of a push to "sinicise religion" – a policy introduced by President Xi in 2015 to bring religions into line with Chinese culture and the absolute authority of the Communist party.

Last year, Wang Zuoan, China's director of the State Administration for Religious Affairs ordered China's estimated 85 million Communist Party members to give up religion or face punishment. He warned that religious beliefs were a "red line" and insisted party members must be "firm Marxist atheists, obey party rules and stick to the party's faith".

A report for the US-based NGO Freedom House estimates that at least 100 million people living in China face "high" or "very high" levels of persecution. These include Protestant Christians, Tibetan Buddhists, Uighur Muslims, as well as members of Falun Gong. The report claimed that torture and other forms of coercion are widely used to extract confessions or force political and religious dissidents to "recant their beliefs".

Since Xi came to power, Chinese authorities have torn down crosses from churches, closed them down and imprisoned countless pastors. Earlier this year the Golden Lampstand megachurch in the Shanxi province, which reportedly had a congregation of more than 50,000, was blown up with dynamite by Chinese authorities.

Meanwhile, more than one million Muslims are believed to have been detained for political indoctrination in massive 're-education camps'. A UN human rights committee report this year expressed alarm at the "numerous reports of detention of large numbers of ethnic Uyghurs and other Muslim minorities held incommunicado and often for long periods, without being charged or tried, under the pretext of countering terrorism and religious extremism."

All of this echoes the dark days of Chairman Mao Zedong's 'Great Proletarian Cultural Revolution' in which cultural and religious sites were destroyed and tens of millions of people were persecuted – facing arbitrary imprisonment, torture, hard labour, and sometimes execution.

The current crackdown has emerged amid growing religious observance in China. Religious revival and repression go hand in hand as the Communist Party seeks to suppress ideological rivals in its struggle for hearts and minds.

Christianity in particular is spreading rapidly in China. There are thought to be around 127 million Christians – a number which UK Foreign Office Minister Mark Field has suggested may be "upsetting the authorities there".

Authorities are also spooked by the visible expansion of Islam, which is now thought to have around 21 million followers in China ­– many of them influenced by the spectrum of Salafist ideologies. The spread of Salafism, the ultraconservative variant of Sunni Islam, has created particular anxiety, as has the emergence of Islamist-inspired violence.

The instinct to resist religious power seeking is understandable – sensible, even. Allowing religion to wield political power spells disaster for democracy, peace and prosperity. Power-hungry religion has left a bloody stain on human history. But Communism's record is also awful. The appeal of secular democracy is that it manages religious diversity without letting any one religious group dominate, wield power or impede on others' rights and freedoms.

Some anti-secular discourse within religious circles will of course attempt to lay the blame for religious oppression in China – and elsewhere – at the door of atheism. But China's desire to control religious practice and institutions has little to do with godlessness. The Communist Party's fear of any competing ideology is the driver of China's increasing persecution of religious minorities.

Secular societies on the whole tend to fare far better than religious societies on most indicators of societal well-being. Most of the world's other least religious countries – and indeed secular states – have successfully managed to protect their citizens' freedoms of and from religion.

Hollow cries of 'religious persecution' from groups seeking religious privileges in the west belittle genuine claims and increase scepticism around the claims of people who really are being persecuted for their faith or belief. But what's going on in China really is religious persecution.

Religious freedom, along with the right to speak freely and question ideologies and beliefs is the absolute cornerstone of free and democratic societies. Believers and nonbelievers have common cause in protecting these fundamental values – and should unite in condemning religious oppression, wherever it is happening and whoever is being oppressed.