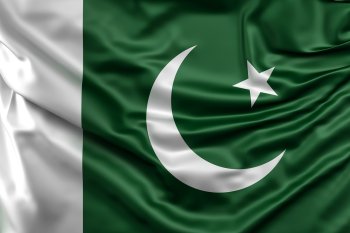 A man has been shot dead in court while standing trial for blasphemy in Pakistan, in the latest act of extrajudicial violence against someone facing that charge in the country.

The dead man, named as Tahir Naseem, was on trial in the northwestern city of Peshawar when he was killed on Wednesday.

Pakistani police have said he was arrested two years ago after claiming to be Islam's prophet.

A man was arrested at the scene over the killing. A video shared on social media has shown him shouting that the victim was an "enemy of Islam" while wearing handcuffs.

Some reports also suggest he told police he was ordered to kill Naseem by the Islamic prophet Muhammad because Naseem had belonged to the Ahmadi faith.

The charge of blasphemy carries a potential death sentence under Pakistani law and those accused of blasphemy are often subject to violent threats.

According to DW, more than 50 people have been victims of extrajudicial killings before their court trials have finished.

Last year Pakistan's Supreme Court freed a Christian woman who'd been accused of blasphemy, Asia Bibi, after she spent eight years on death row. Her family were reportedly being hunted "house-to-house" in the latter stages of legal proceedings and she has since fled to Canada.

In 2011 the governor of Pakistan's Punjab province Salman Taseer and the country's religious minorities minister Shahbaz Bhatti were killed after calling for reform of the blasphemy law.

A lawyer who defended Asia Bibi from 2014 to 2019, Saif ul-Malook, has also received death threats from Islamists.

Last year the National Secular Society challenged the UK government to review its stance on Pakistan's blasphemy laws, raising the concern that ministers only criticised their "misuse" rather than their existence.

In 2019 the NSS also named Saif ul-Malook, who is now defending another Christian couple accused of blasphemy, as its Secularist of the Year.

"This killing is a sobering illustration of the fact that accusations of blasphemy can act as a de facto death sentence in Pakistan, even when courts have the courage to reject Islamists' demands to execute those accused.

"It's also a tragic reminder that blasphemy laws are an affront to freedom of expression, and that the UK government should stand unapologetically for their repeal wherever they exist."

The killing comes just a week after a parliamentary group warned of an "overspill" of anti-Ahmadi hatred from Pakistan to the UK and called for "urgent" steps to tackle the problem.

Ahmadis are a Muslim sect but have officially been declared non-Muslims in Pakistan.

The NSS has again written to the Foreign Office to urge it to reconsider its rhetoric around blasphemy laws, and ensure its condemnation of such laws is clear, following the killing of Tahir Naseem.

Meanwhile since the killing thousands have rallied in northwestern Pakistan in support of the gunman. And images have emerged which appear to show lawyers and police taking selfies with the suspect in the killing shortly after it happened.

Some other details in this story were also updated on 4 August 2020.

Image by Qasim Rehmani from Pixabay.