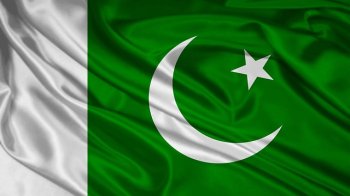 Pakistan's Supreme Court has upheld its decision to acquit Asia Bibi, a Christian woman who spent eight years on death row and whose case generated worldwide attention, on blasphemy charges.

The court dismissed a petition to overturn October's acquittal on Tuesday. Islamist hardliners in Pakistan immediately rejected the ruling and called for protests.

Bibi was convicted of blasphemy in 2010 and faced a death sentence until her reprieve in the country's top court. She was also forbidden from leaving Pakistan while the petition was being considered.

The country's chief justice Asif Saeed Khosa stood by the court's original verdict and said nothing in the petition cast doubt on its validity. The verdict criticised inconsistencies in the evidence against Bibi.

As he dismissed the petition Khosa reportedly asked: "You think we give the death sentence to someone on the basis of false evidence?"

The decision theoretically leaves Bibi free to leave the country. Some reports suggest she will join her daughters in Canada, where they have been granted political asylum.

But the Tehreek-i-Labaik Pakistan Party, the main group which has called for Asia Bibi to be executed, has called on supporters to protest against the decision and be prepared for arrest.

Bibi has been hidden in a secret location since her acquittal, which sparked massive protests across much of Pakistan from Islamists. In November her family said she and they were being hunted "from house to house" by extremists intent on killing her.

Her lawyer also fled Pakistan out of fear for his life. Shortly afterwards he told a major conference on sharia, segregation and secularism in London that he did not regret defending Bibi. While in Pakistan he said he had lost his health and privacy and was subject to round-the-clock police protection.

Bibi's defenders within Pakistan have taken great personal risks since she was sentenced to death in 2010. In 2011 the governor of Punjab province, Salmaan Taseer, and the minorities minister, Shahbaz Batti, were murdered after they spoke in her defence and called for reform of the country's blasphemy laws.

The National Secular Society wrote to the Foreign Office to urge it to "do everything within its power" to secure Asia Bibi's release in October.

Responding to Tuesday's news, NSS chief executive Stephen Evans said: "It is a significant relief to hear that Pakistan's Supreme Court has stood up to the fundamentalists who tried to overturn Asia Bibi's acquittal. The UK government must now play whatever part it can in ensuring she reaches a place of sanctuary.

"The Foreign Office must also continue to push for the end of blasphemy laws, which are a violation of the fundamental right to free expression wherever they exist. This is particularly important in Pakistan where accusations of blasphemy often have devastating consequences."

Pakistan inherited its blasphemy laws when it came into existence upon the partition of India in 1947. No one charged with blasphemy has yet been executed by the state under the law, but since 1990 at least 65 people have reportedly been killed extra-judicially over claims of blasphemy.

Last week research from the Catholic Church revealed that there were 187 live blasphemy cases involving Christians in Pakistan. There are many others involving Muslims or members of the country's religious minorities.

Some commentators say lower courts in Pakistan are reluctant to acquit blasphemy defendants out of fears for judges' personal safety.

In response to a parliamentary question on blasphemy laws in Pakistan on 15 October, Foreign Office minister Mark Little said the government was "deeply concerned" about the country's "misuse" of its blasphemy laws. The NSS criticised his choice of words on the basis that there is no correct use for a blasphemy law.