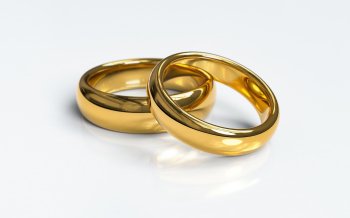 The proportion of marriages which are conducted as religious ceremonies has hit a historic low in England and Wales, prompting the National Secular Society to call for legal reform.

According to newly-released data from the Office for National Statistics (ONS), religious ceremonies accounted for less than a quarter (22%) of all marriages in 2017.

The NSS said the figures were incongruous with the fact that nearly 40,000 places of worship are registered for marriage, as opposed to just 7,500 civil wedding venues.

In 2018 NSS research found it was harder for those seeking non-religious or same-sex weddings to get married than those seeking religious and opposite-sex ceremonies. It was also more expensive to register buildings for civil weddings than for religious ones.

The NSS argues for reform of the marriage laws to separate its religious and civic aspects. The society has suggested that the building where a marriage takes place could have no impact on its legal status.

The ONS figures revealed that there were over 8,000 marriages between same-sex couples in 2017 (3.2% of the total), including civil partnerships which were converted into marriages. Only 0.5% of places of worship were registered for same-sex marriage in 2018.

NSS chief executive Stephen Evans said: "The main law which governs marriage in England and Wales dates back to 1836, when over 99% of marriages were religious in nature. The law has failed to keep pace with modern Britain in which marriage has become a largely civil affair.

"The latest ONS figures highlight the need for secular reforms to marriage law. All couples – regardless of religion, belief or sexual orientation – should have greater freedom and choice to mark their marriages in ways that are meaningful to them, within a simple and consistent legal framework."

Image by Arek Socha from Pixabay.