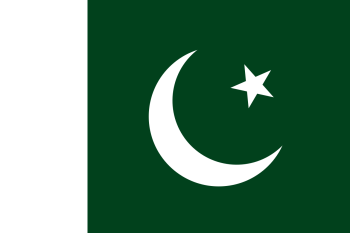 Pakistan's prime minister Imran Khan has called on countries with large Muslim populations to raise a coordinated objection to cartoons of the Islamic prophet Muhammad at the United Nations.

This week Khan said his government would raise the 'issue' of 'blasphemy' at the United Nations General Assembly next month. He also called on "Muslim countries" to cooperate to pass laws against blasphemy similar to those prohibiting Holocaust denial in parts of Europe.

"Our government will raise the matter in the Organisation of Islamic Cooperation (OIC) and ask the Muslim countries to come up with a collective policy that could then be brought up at international forums," Khan said.

The OIC campaigned for a global blasphemy law at the UN from 1998 to 2011. In 2012 its secretary-general said the effort would stop. The National Secular Society, which has lobbied governments at the UN against previous efforts to introduce global 'blasphemy' laws, has pledged to do so again.

Khan's comments came after Pakistan's senate passed a resolution condemning a planned cartoon contest in the Netherlands. Thousands of Islamists also rallied in Pakistan to protest against the contest.

The MP Geert Wilders had planned to encourage people to draw caricatures of Muhammad in November. He cancelled it on Thursday, citing threats to his own safety and that of others in the Netherlands.

Khan said westerners "don't realise how their blasphemous activities hurt the sentiments of Muslims all over the world". He added that laws against 'blasphemy' should be similar to those which prevent Holocaust denial in parts of Europe.

"If they [western countries] feel pained discussing the Holocaust, why haven't we been able to convey to the west how much we feel pained when they do blasphemous things against Islam and our beloved holy prophet, peace be upon him?"

Khan said four European countries have jail sentences for "anyone who misquotes the figures of Holocaust" because "they realise that this is something that hurts the sentiments of the Jewish community".

"We need a similar policy for the blasphemous issue so that our sentiments are not hurt repeatedly by the people."

Khan, who was sworn in as prime minister earlier this month, strongly defended Pakistan's blasphemy laws in the run-up to the recent election.

An NSS spokesperson said: "Blasphemy laws are never justifiable and Imran Khan's appeals to hurt feelings are a classic tactic: the bully is playing the victim. The international community must see through this.

"It is bad enough that Pakistan's prime minister has courted the support of the religious right by defending the indefensible restrictions on free speech at home. For him to lead a campaign to silence people abroad is even more appalling.

"If Pakistan, the OIC or anyone else wish to resurrect this non-issue we will use all our contacts to thwart their progress and push UN member states to resist them."

The NSS has had consultative status on the UN Economic and Social Council since 2016 and has previously joined alliances with other human rights organisations on this issue.

The NSS played a vital part in the repeal of the blasphemy law in England and Wales in 2008 and supports campaigns to repeal blasphemy laws worldwide. According to a report from the US government last year there were laws restricting freedom of expression on religious issues in 71 countries.

This week Dutch prime minister Mark Rutte defended Wilders's right to hold the cartoon contest while questioning his motives for doing so.

"His aim is not to have a debate about Islam. His aim is to be provocative."