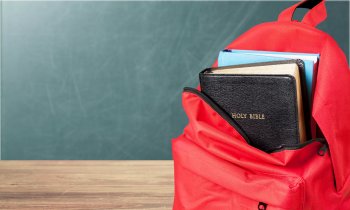 According to an Ofsted report published this month, pupils at Our Lady Immaculate Catholic Primary School in Wigan "do not learn about faiths or cultures other than their own".

They are therefore "not well prepared to live in a diverse society".

The school was rated 'inadequate' by Ofsted for this and other failings, including its "poor" curriculum and high numbers of "vulnerable" pupils who do not attend school regularly.

Our Lady Immaculate is a voluntary aided school, which means it can teach religious education (RE) from its own exclusive viewpoint.

Its RE curriculum is delivered through the 'Come and See' scheme of work based on Catholic theology.

National Secular Society head of campaigns Megan Manson said: "It is not surprising that faith schools permitted to teach RE from their own exclusive viewpoint fail to prepare children for living in a diverse society.

"This case demonstrates the inherent conflict between ensuring all children are taught about different faiths and cultures, and faith schools' desires to inculcate children with their particular religion.

"This intractable issue shows how ill-suited faith schools are to the educational needs of children in the 21st century."

Other Ofsted reports published this month revealed a number of independent faith schools have also failed to meet standards: