Broad consensus for reforming RE at NSS event 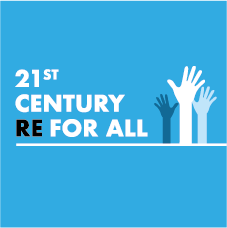 Experts have called for reform of the way religion and belief issues are taught in schools in England and Wales at an event hosted by the National Secular Society.

The 21st Century RE For All conference, which took place on Saturday, brought together panellists from educational backgrounds, philosopher AC Grayling, teachers, NSS supporters and members of the public.

During the keynote address Grayling called for teaching to look broadly at "the history of ideas", including topics such as classical mythology and different types of thought.

Education about religious traditions, he said, should be "one but only one component" of teaching about how humans have tried to make sense of the world.

"If you take religion out of the context in which it belongs you give it a false importance," he said.

Grayling also said that in "too many schools" children are given "education in a religious outlook rather than education about religious outlooks" and said it had been too difficult to get non-religious worldviews such as humanism on the curriculum.

He said religious instruction, which schools were required to teach under the Education Act 1944 until it was replaced by religious education, was "an attempt to keep religion alive" and "a powerful reinforcement of the role of religion in society".

During panel discussions Keith Sharpe, of the NSS's Secular Education Forum, called for a national entitlement to teaching about religion and belief.

He also recommended that: teaching should be broad, balanced and objective, with no inculcation of dogma; the requirement for religious education to be Christian should be scrapped; relevant teaching should be subject to Ofsted inspections; parents should not have the right to withdraw their children once the subject is reformed; and the content should be decided by a range of stakeholders, with no veto from any interested party.

Kate Christopher, a national RE adviser and former teacher of the subject, described the way RE was currently taught as "an absolute fudge". She said the subject was "labouring under incompatible aims", citing attempts to teach both "personal inspiration" and "critical intellectual enquiry" within the subject. She said the subject should focus on the latter of the two goals.

Martha Shaw, a senior lecturer in education at London South Bank University, said the main purpose of RE should be the academic study of religion and belief. She added that students should be taught to question their own beliefs and presumptions.

Alan Brine, a former national adviser for religious education, said there were two competing narratives in contemporary debates over teaching about religion. An "enthusiasts' narrative" suggests "RE is wonderful but there is not enough of it", while a "darker narrative" says there are major problems in the subject. He said a new national entitlement should reaffirm the secular nature of the curriculum within which the study of religion and belief fits.

Alastair Lichten, the NSS's education and schools campaigner, thanked the speakers and attendees and said the event had been "an important reminder of the case for change".

"The discussions made clear that there is plenty of good work being done in schools. But too often teachers are hamstrung by the excessive control which religious groups exercise over the subject and the often deferential curricula resulting from local determination.

"Last year the Commission on Religious Education said the subject needed 'strategic, urgent intervention'. We now need to ensure all pupils get a broad, rigorous education which covers a diverse range of religious and non-religious worldviews in a critically-informed way."

The NSS is campaigning for reform of teaching about religion and belief across the UK. RE curricula are determined locally in all of the UK's constituent parts. Locally constituted Standing Advisory Councils for RE (SACREs) only set the curricula in England and Wales.

See also: The panellists have shared the notes from their speeches at the conference.