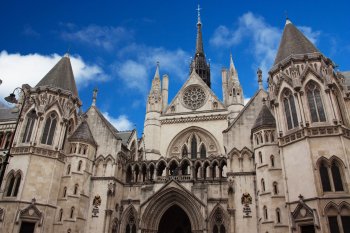 A woman who had a Muslim 'marriage' ceremony but not a civil one is entitled to a decree of nullity which rules her marriage void, the High Court has ruled.

Last week Mr Justice Williams declared that Nasreen Akhter and Mohammed Shabaz Khan had a void marriage rather than a non-marriage.

He ruled that the couple had "a marriage entered into in disregard of certain requirements as to the formation of marriage". Under the Matrimonial Causes Act of 1973 this entitled Akhter to a decree of nullity, which rules a marriage void.

The decision means the provisions of civil divorce law will apply and Akhter will be entitled to protection under English law.

The couple had an Islamic wedding ceremony (a nikah) in 1998 but did not have a civil ceremony. They lived together as a married couple for 18 years and had four children, living in London, Birmingham and Dubai. In 2016 the 'wife' went to court to ask for a divorce.

The court found that Khan had promised to hold a civil ceremony shortly after the nikah but it had never taken place. Khan had disputed this during the case, arguing that neither party had intended to create legal remedies and therefore the marriage should be ruled non-existent.

The judge said the case was "not about whether an Islamic marriage ceremony should be treated as creating a valid marriage in English law".

"In fact, the main issue as it has emerged is almost diametrically the opposite of that question; namely, whether a nikah marriage ceremony creates an invalid or void marriage in English law."

During the case the attorney general submitted detailed submissions to the court, largely in favour of Khan.

Hazel Wright, a family law specialist at the London law firm Hunters, said the ruling had "given heart to many who otherwise suffer discrimination".

She said it was vital for Akhter that the "English divorce court rule in her favour" to give her rights and allow her to make financial claims.

A Guardian editorial called the ruling "a subtle and audacious piece of reasoning on a really important issue".

"It offers an elegant way to unpick a knot that binds far too many women today without violating anyone's religious conscience."

But Mohammed Amin, the chair of the Conservative Muslim Forum, voiced concern and said he expected the decision to be overturned on appeal.

"I suspect that more Muslim women will foolishly enter into nikah-only relationships in reliance upon this decision. However, that will mean that they are relying for divorce protection in English law upon a fact-based determination which could go either way if their relationship breaks down.

"In this case, there were many strong factual findings in favour of W [Akhter]. Many other cases will not be as strong, and litigation is often an expensive lottery."

The review also recommended government regulation of sharia 'courts'. The NSS welcomed the government's decision to dismiss this suggestion.

In June the NSS revealed deep inequalities in the current marriage system in England and Wales and wrote to the government to call for "wide-ranging reform of marriage law" to separate marriage from religion.

The NSS's recommendations were similar to those made by the Law Commission in a scoping paper in 2015. In response to the Akhter decision Frank Cranmer, writing for Law & Religion UK, called the government's decision to reject the commission's recommendations "a serious mistake".

The government's plans for piecemeal marriage reform "could just mean the addition of yet another strand to the cat's cradle of overlapping provisions on marriage in England and Wales", he added.