Pew survey: 60% support separation of religion and government in UK 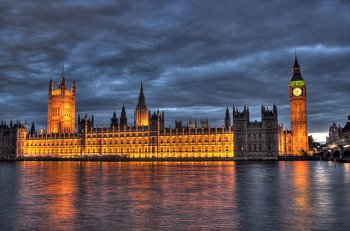 Six out of ten adults in the UK believe religion should be kept separate from government policy, including a majority of moderately committed Christians, according to the Pew Research Centre.

According to survey data published in Pew's report Being Christian in Western Europe this week, 60% agree that religion should be "kept separate from government policies". Just 38% said "government policies should support religious values and beliefs".

The survey also suggested high levels of support for social policies traditionally opposed by religious groups. Almost eight in ten people in the UK support same-sex marriage, including more than 80% of the religiously unaffiliated and Christians with low or moderate levels of commitment. Just 41% of highly-committed Christians agreed.

More than eight in ten support legal abortion, including more than 80% of the religiously unaffiliated and Christians with low or moderate levels of commitment. Half of committed Christians agreed.

"The people of the UK broadly agree that religion shouldn't play a part in public policy. That's encouraging. But meanwhile religion remains stubbornly entrenched within our public life. The Church of England is established, bishops retain places in the House of Lords as of right and, despite declining religiosity, the government remains committed to faith schools.

"We still see all too often that those who make public policy retain a deferential attitude towards religion. They should catch up with the public."

Last year the NSS called for a major rethink of religion's public role in its publication Rethinking religion and belief in public life: a manifesto for change.

Pew's findings are similar to those outlined in a YouGov poll on Christmas Day 2017, when 62% of British people said no religious clerics should have "an automatic right to seats" in the UK legislature. Sixty-five per cent said politicians should keep their political beliefs cordoned off from their decision-making.

The Pew survey found that just 18% of people in the UK are Christians who go to church services at least once a month but 55% are 'non-practising Christians'.

Survey data on the religious affiliation of the UK population has tended to vary depending on the nature of questions that are asked.

Last year the British Social Attitudes survey found that a majority of Britons had no religion. In that survey almost 3,000 people were asked: 'Do you regard yourself as belonging to any particular religion?' If respondents said yes, they were asked which one, without being given a list of religions.

Those in the UK who had left the religion they were raised in cited the religious authorities' intransigence on social issues (55%) and scandals involving religious institutions (53%) as two of their three most important reasons for doing so. Sixty-eight per cent said 'gradually drifting away from religion' was an important reason.

Those surveyed in the UK tended to see religious institutions themselves relatively positively: 40% had more positive views of them than negative ones, whereas 32% had more negative than positive. Half of UK respondents agreed that "religious institutions play an important role in helping the poor and needy". Forty-two per cent said they "are too concerned with money and power".

Pew surveyed people in 15 western European countries. Majorities in all of them favoured separating government and religion: 60% agreed with this proposition whereas 36% disagreed with it. People in traditionally Protestant countries tended to be more in favour of separation than those in traditionally Catholic ones.

Pew also found that self-identified Christians – whether they attend church or not – were more likely than religiously unaffiliated people to express negative views of immigrants, Muslims and Jews.