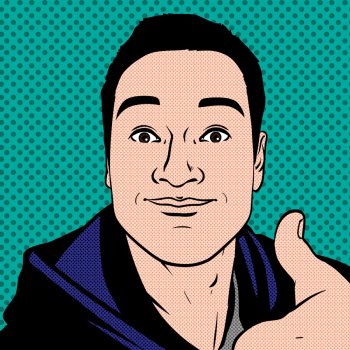 The National Secular Society has called Facebook's decision to remove the page of a satirist who mocks Islamist preachers "a very poor reflection" on its attitude to free expression.

In a video published on 23 February Mr Wain said Facebook had removed his page indefinitely.

The page was previously banned for one month after offended viewers repeatedly reported the videos for "breaking the Facebook community guidelines," according to Mr Wain.

When the ban was lifted in February, the Veedu Vidz Facebook page shared the video "Halal Movie Review: The Lion King". The video parodies Zakir Naik, an Islamist preacher who has been banned in the UK and other countries for promoting terrorism. Within 24 hours of sharing the video, the Veedu Vidz page was "unpublished for repeatedly posting things that don't comply with the Facebook terms".

Mr Wain has appealed against Facebook's decision to unpublish his page. On Tuesday Facebook said it had reviewed his appeal and the page could once again be viewed publicly.

Mr Wain said: "I did not realise posting videos of Zakir Naik or Dawah Man [another Islamist preacher parodied on Veedu Vidz] could get you banned, especially when they can post their own videos talking about their own beliefs pretty frequently, pretty clearly, openly.

"And they should be allowed to express their opinions, and that's fine, there's nothing wrong with that, but when I express my opinion on them, I get banned."

In an interview with Clarion Project in 2017 about Veedu Vidz, Mr Wain said: "My aims are twofold: to entertain people and make them laugh, and secondly to use comedy and satire as a tool for critical thinking and open discussion.

"I am not anti-Islam or anti-Muslim, but pro free speech, pro critical and rational thinking. It is not my aim to take down Islam or drag it through the mud, but to shine on it the light of free thought, natural curiosity and good honest humour. I imitate and mock certain religious leaders not because I hate them or hold any personal grudges against them, but to expose the silly and facile nature of their arguments."

Maajid Nawaz, an honorary associate of the National Secular Society and Secularist of the Year 2018 nominee, spoke out in support of Mr Wain. "I support this Muslim satirist (he even parodied me once) who uses comedy to interrogate modern Muslim attitudes (finally!)," he tweeted.

The NSS also expressed its support for Veedu Vidz. "While Facebook has a right to set its own guidelines for use of its service, it should think very carefully about how those guidelines are implemented and what impact they have," said Megan Manson, NSS campaigns officer.

"The current situation is that while preachers such as Zakir Naik, who support terrorism and the death penalty for LGBT people and apostates, are given a platform on Facebook, those who challenge or mock these views are censored.

"This is a very poor reflection on Facebook and its attitudes to liberal values and to free expression."