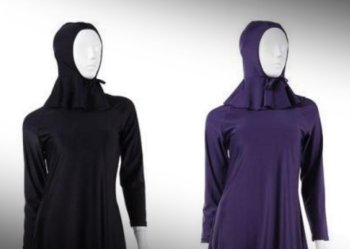 The majority of French mayors who have imposed 'burkini' bans are refusing to revoke them, despite a ruling from France's highest administrative court against the ban in the town of Villeneuve-Loubet.

The Council of State ruled that the ban in Villeneuve-Loubet "constituted a serious and manifestly illegal infringement of fundamental liberties".

The judgement said that "The emotion and the anxieties resulting from the terrorist attacks and especially the one committed in Nice on July 14, are not sufficient to justify legally the prohibition".

Bans that restrict individual freedoms can only be imposed if there were risks to public safety, the judgement said.

However the mayor of Villeneuve-Loubet said that the judgement "will serve only to heighten tensions which will carry risks of trouble which we wanted to avoid" and many mayors are defying the court.

Gil Bernardi, the mayor of Le Lavandou, which also imposed a ban, said: "There are no burkinis on the beach [here] and we are making sure it stays that way. The beach is a place to relax, not a space for ideological or religious confrontation."

It is thought that around thirty towns have introduced bans on the Islamic swimwear, and a majority of the mayors have not lifted their ban after the Council of State's judgement.

Marwan Muhammad, the executive director of the Centre Against Islamophobia in France has vowed to force all towns to follow the ruling. "We will sue them in every single case," he said. "Until they abide by the law."

Republican politicians have offered their support for local bans and Nicholas Sarkozy said he would change France's constitution to ban the burkini if he was elected president.

Prime Minister Manuel Valls said in a statement on Facebook that the debate about the garment was "not over" and that it was fair to denounce the burkini. He previously said that the burkini was "not compatible with the values of the French Republic".

Polling by YouGov found that 46% of voters in the UK support a ban on the burkini, with just 30% opposed. The same poll also found that 57% support banning the burka in public places in the UK.

The Conseil d'État and the "burkini ban"