Ex-congressman tells atheist politicians to 'stay in the closet' 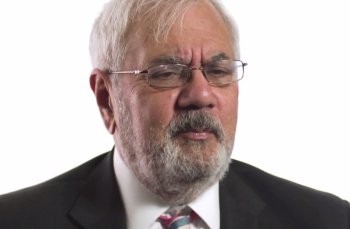 Former US congressman Barney Frank has advised US atheist politicians to 'stay in the closet' and not to use the word "atheist."

He argued that religion is not always a "motive for good behaviour" and said that internationally "religion is sadly more often a course for people to shoot each-other than to help each-other." He warned of religious "splits" between different faiths causing conflict which he said was extensive and "very sad."

Nonetheless, he added that in America, religion had a history as being seen as a "source for good behaviour" and that religion "is important to people."

"From the politician's standpoint, the question is why pick a fight that doesn't have to be waged?"

The former congressman said that he had always fought for secular principles whilst in public office, and noted that he had struggled "very hard to prevent rules and laws that put non-believers at a disadvantage."

There has only ever been one openly non-theistic congressman in American history, former California representative Pete Stark who left the legislature in 2012.

In the US, atheists have faced an uphill struggle. In 2012 Gallup found that 43% of Americans would not vote for a presidential candidate who did not believe in God.

Polling in 2014 found that American distrusted atheists more than any other group, including Muslims. However, between 2007 and 2014, the percentage of Americans who said a candidate's lack of religious belief didn't matter rose modestly from 32% to 41%. The Washington Post reported that "pot smokers or philanderers were viewed more favourably than atheists."

In the UK the reverse is true, and polling has shown that politicians are viewed more favourably if they are open in admitting that they don't believe in a god.

Frank's comments mirror those of Conservative MP James Arbuthnot, who 'came out' as an atheist during a recent House of Commons debate on the Local Government (Religious etc. Observances) Bill (now Act), which enables local authorities to hold prayers as part of their official business. Arbuthnot, who opposed the bill, described the pressure to feign religious belief as being like the pressure people felt to stay silent about being gay.

Arbuthnot pointed to the very high percentage of non-religious voters in the UK and warned that Parliament was "out of touch with the majority of the people we represent, because only a tiny proportion of our constituents go to church."

Mr Arbuthnot said he only felt able to announce his lack of belief with the "knowledge that I will not be standing at the next election" and that he was "perfectly comfortable" with not being religious. He said there was a particular pressure on Conservative politicians to hide their atheism.