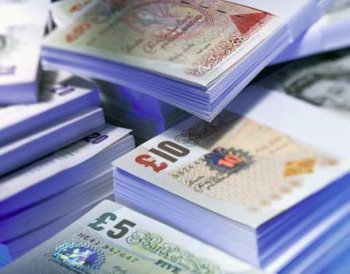 The Department for Communities and Local Government (DCLG) is giving away £400,000 to a religious organisation or consortium, with the purpose of "strengthening" faith groups in the UK.

The money will be paid out over two years, from 2015 to 2017, and is meant to help religious organisations "face challenges", including "engaging with women and young people" and "sharing best practice".

Other suggested uses for the funding include training for faith groups to use "social media effectively" and to have "strong links with the wider community." The programme also aims to support religious groups in engaging with local people so that faith-based groups are "respected by their wider communities."

The DCLG says that "faith institutions play a key role in communities" and that they "command the respect of sizeable congregations". However, this has been widely discredited, particularly after recent polling which showed that 42% of Britons hold no religious faith, and that one third of under-24s described themselves as atheists. 46% of 18 to 24 year olds said they did not believe in "any God".

NSS president Terry Sanderson said: "It is a lazy and misguided assumption that religious leaders still speak for large flocks of followers. In November 2014 it was reported that a half of Britons think religion 'does more harm than good'. That same poll said that 60% of the British public were 'not religious at all.' It is wrong for the Government to be throwing money at religious leaders who speak for dwindling congregations, when so many people are not religious, and when so many believe religion is doing serious harm to society."

The Government claims that religious institutions "provide moral leadership" and says "members of the wider community would benefit indirectly from stronger faith institutions".

The NSS is also concerned about how the "Strengthening Faith Institutions" programme will be evaluated. One suggested measurement for success put forward by the DCLG is the "number of people reached in the wider community" by the faith group. Despite this, the Department states that the funding cannot be spent on "promoting a religious faith or belief". Mr Sanderson said it was "laughable to think that money won't be spent on proselytising." He added, "the funding guidelines state that the programme is designed to 'strengthen' religious organisations, and to increase their reach in society. The distinction between that and proselytizing is a very fine one."

The programme will not provide funds to "organisations that do not support British values including democracy, human rights, equality before the law, and participation in society", although the NSS has doubts about how this can be assured. The DCLG says that faith-based groups "provide a bulwark against intolerance and extremism by providing a local source of identity".

Projects applying for the funding would have to "encourage a diverse group of participants" and be "open to all", however "secular groups" can only take part if they are partnered with a faith based organisation.

The DCLG also hopes that the funding will help religious groups to work towards charitable status. It states that the Charity Commission "would in principle be able to work with the winning bidder to provide training on governance and registering as a charity."

The NSS has previously raised the alarm about religious organisations benefitting inappropriately from the tax benefits afforded by charitable status, and has called for a tightening over what "public benefit" an organisation must provide before it can register with the Charity Commission, so that genuine charitable work is being carried out, rather than charity status being used to provide tax benefits for religious work. An NPC report in 2014 found that nearly 1 in 5 of all UK charities are faith-based, and that there were 32,735 religious charities in Britain.

The NSS has also reported a number of cases where religious charities were involved in fraud or accused of other serious accounting irregularities.

The full guidance and bidding documents for the "Strengthening Faith Institutions" programme can be read here.