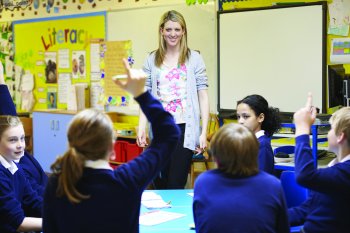 After ending a blanket exemption from equality laws, Northern Ireland will outlaw religious discrimination against teachers. Ella Sen examines the situation across other UK nations and urges them to follow suit.

Religious discrimination against teachers in Northern Ireland is slowly coming to an end. By 2024, the Fair Employment (School Teachers) Bill will remove the blanket exemption from the Fair Employment and Treatment Order 1998 (FETO) allowing schools to select teachers according to religion.

The situation is still far from perfect. Other structural issues will remain, including a requirement for a certificate in Catholic education in many schools, making it harder for some teachers to work in schools outside their community.

Nevertheless, the end to the FETO exemption will help pave the way for greater integration in the nine in ten schools currently segregated according to religion. It will give teachers across NI greater freedom in where they work without being held back by their background or beliefs.

And in a surprising twist, the reform is set to give more protection to teachers from religious discrimination than anywhere else in the UK.

In England and Wales, the School Standards and Framework Act 1998 allows faith schools to apply a religious test when appointing, remunerating, retaining or and promoting certain 'reserved teachers' or in disciplining them for conduct that is "incompatible with the precepts… of the (school's) religion".

The ability of faith schools to religiously discriminate against teachers is enabled by a number of exemptions in the Equality Act 2010. Without these exemptions, such discrimination would be unlawful.

The legality of such discrimination can even take experienced and qualified teachers by surprise. Many cannot believe how our society can possibly permit certain public servants to be hired over others because of their religion.

The situation is similar in Scotland. Almost all denominational (faith) schools in Scotland are Catholic. The process of applying to teach usually requires a Catholic Teaching Certificate. Applicants also need to submit forms confirming their commitment to "supporting and developing the ethos of Catholic education", with a religious reference, for approval by the local bishop.

A teacher's religious affiliation has no relevance to teaching English, maths or any other subject. Yet it causes significant barriers for the 58% of Scots who are nonreligious. The Education (Scotland) Act 1980 should be amended to end such discrimination.

Enabling this form of discrimination in Catholic schools can lead to absurd scenarios. In 2019 St Martin's RC Primary School only allowed non-Catholics to apply for its headteacher position after three unsuccessful attempts to recruit a specifically Catholic headteacher. And even then, they re-dubbed the role as 'leader of learning' – a role carrying the same responsibilities as a headteacher but with a less prestigious title.

Ultimately, organising schools around an exclusive religious ethos is always going to make it difficult for some teachers to work there, especially as more and more individuals identify as nonreligious. There should be no hierarchy of teaching opportunities based on individuals' religious or nonreligious beliefs.

And the progressive reforms taking place in NI should prompt us to challenge the archaic and discriminatory teacher employment laws in the rest of the UK.

We will be discussing many of these issues in our upcoming (21 May 2022) conference Towards inclusive education in Northern Ireland with reformers, activists, politicians and academics.

Ella Sen is a campaigns officer on the education team at the NSS. The views expressed in our blogs are those of the author and do not necessarily represent the views of the NSS. at the National Secular Society.

Towards inclusive education in Northern Ireland

This free online event will bring together reformers, politicians and academics to set out a secularist vision for education in NI – a vision that aims to end sectarianism and make NI a more inclusive society for people of all religions and beliefs.