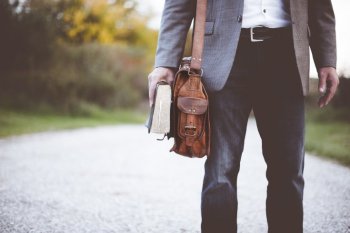 Legislation banning religious discrimination against teachers in schools has unanimously passed the Northern Ireland Legislative Assembly, and is expected to come into force in the next two years.

The Fair Employment (School Teachers) Bill ends an exemption to the Fair Employment and Treatment (Northern Ireland) Order 1998. The FETO bans discrimination on the grounds of religious belief and political opinion in a number of settings. Seventeen thousand public sector workers are employed as teachers in NI, but until this legislation comes into force, they will remain the only profession explicitly excluded from this protection.

The National Secular Society (NSS) has strongly supported the private member bill introduced by Alliance MLA Chris Lyttle, as well as previous efforts to end the exemption. The NSS has also called on the independent review of education to support efforts to end religious discrimination against teachers in NI. Ending the FETO exemption has long enjoyed public and teaching union support, but has been resisted by religious sectoral bodies who control schools and the governing bodies that appoint teachers.

Research by Ulster University's School of Education in 2019, showed that exemptions to anti-discrimination protections were contributing to segregation, but that other structural issues including teacher training led to the "cultural encapsulation" of teachers along sectarian lines.

Alastair Lichten, head of education at the NSS, said: "We're proud to have supported this important step forward for equality and human rights. The FETO exemption is a totemic injustice in Northern Ireland's education system. However, open discrimination is not the only factor that drives religious segregation. Creating a more inclusive system, where teachers of all backgrounds can lend their talents to, and be welcome in all schools, requires more fundamental reforms.

Tina Merron, chief executive of the Integrated Education Fund, told the Belfast Telegraph that: "The Bill allows the ending of discriminatory employment practices in teaching and will help provide our children with the best education to prepare them for full engagement in society. I would like to thank Chris Lyttle and the whole Northern Ireland Assembly for supporting."

Dr Matthew Milliken, from the UNESCO Centre in Ulster University's school of education, who will be speaking on the topic at the NSS's upcoming conference Towards inclusive education in Northern Ireland, added that: "The passing of this Bill will have a significant impact on addressing this major unequal treatment of teachers compared to other areas of work in Northern Ireland and ensure society values equality of opportunity and that we want our children to be educated by the best teacher – not just the best available teacher of a particular faith."

Religious discrimination against teachers in the state schools

The NSS campaigns to end employment discrimination in faith schools. Despite discrimination of grounds of religion and belief being unlawful, Equality Act exceptions allow laws enabling schools with a religious character to discriminate. In England and Wales the relevant law is found in the School Standards and Framework Act 1998, in Scotland it is found in the Education (Scotland) Act 1980.

Alastair Lichten said "We hope other governments across the UK follow this example, and legislate to end all religious discrimination against teachers."

The 2017-2022 mandate of the Northern Ireland Legislative Assembly has seen the start of an independent review of education and legislation requiring the executive to do more to support integrated education. The NSS will be bringing together an esteemed panel for a special conference to explore these issues and what more needs to be done, on 21 May in central Belfast.

You can find out more about the NSS's work supporting inclusive education reform, and how you can get involved, on this dedicated page.