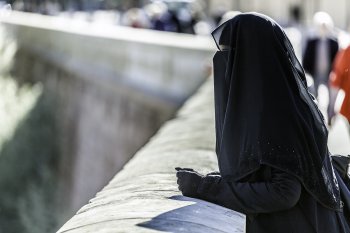 Islamic scripture is being used to justify attacks on women's rights in many countries. Secular law is a crucial defence – and shielding Islam from criticism undermines efforts to assert it, says Kunwar Khuldune Shahid.

On Saturday, the Taliban issued a decree in Afghanistan's provinces of Badakhshan and Takhar demanding that all local unmarried females above 15, and widows, be 'handed over' to jihadists 'fighting in the path of Allah'. As the Taliban hope to return to power amid withdrawal of US-led troops from Afghanistan, they're preparing ground to reestablish their grotesque 'Islamic emirate', asking women not to leave houses without a hijab or without a mehram (a male relative or guardian approved by Islamic scriptures). The Taliban, who ruled Afghanistan from 1996 to 2001, insist that women should only be allowed to live within Islamic mandates, which in turn reduces them to male-owned property that can be in the shape of sex slaves for jihadists, subordinated wives, and a general embodiment of male 'honour' in a violently patriarchal society.

The Taliban's gory implementation of Islamic scriptures, thankfully, isn't a reality in a vast majority of Muslim-majority countries. However, in many of these states Islam continues to be used to subjugate women and deny them their universal rights, resulting in Muslim-majority countries often dominating the bottom of most gender equality indices. Where the theocratic Islamic states like Saudi Arabia and Iran have long suppressed women with impunity owing to their undiluted upholding of sharia, many of the seemingly democratic Muslim countries have also piggybacked on Islam as a rationale to deny basic human rights.

Afghanistan's neighbour Pakistan, for instance, is currently deliberating over whether or not Islam allows domestic violence. Pakistan's Council of Islamic Ideology, which maintains Islam gives men the right to 'lightly beat' wives or marry girls as young as nine years of age, will decide if it is 'un-Islamic' to penalise violence against women perpetrated by mehrams. Meanwhile, former playboy and cricketer Imran Khan, the prime minister of Pakistan, continues to brazenly blame women for sexual violence, endorsing his rape apologia through the Islamic "concept of purdah". In April, Pakistan's women's rights marchers were booked for 'blasphemy', in a country where sacrilege against Islam is punishable by death.

From Bangladesh to Malaysia to Nigeria, sharia clauses continue to clash with civil law even in Muslim-majority democracies. On June 28, a woman was given 100 lashes for sex outside of marriage in the officially secular Indonesia's Aceh province, which enforces Islamic law. Even women from Muslim minorities in the UK, the US, India and other states can face large scale discrimination in personal matters, including marriage, divorce and inheritance, if courts allow rulings using sharia.

Some of the Islamic clauses used to deny women's rights come from the fourth chapter of the Quran an-Nisa (The Women), which establishes female inheritance as half of men, upholds male supremacy, and allows husbands to beat 'disobedient' wives. The Quran's Chapter 24 an-Nur (The Light) mandates lashes as punishment for sex outside of marriage, allows female sex slaves, and establishes sexist modesty codes by asking women to cover up — including their hair — in front of those who aren't mehrams, so as to not be harassed.

Child marriage is often justified using the example of Muhammad's marriage to six-year-old Aisha, as narrated by Aisha herself in Sahih al-Bukhari, a compilation of the sayings of Islam's prophet. Jihadist groups like Isis or the Taliban cite hadiths on forced sexual intercourse with war captives and slaves to recreate the horrors of sexual violence against women arguing that they're at war with the west or local regimes.

Of course, Islamic scriptures are far from being the only misogynistic religious sources. Orthodox Jews and Christians, or indeed Hindus and Buddhists, can quote their texts brimming over with ghastly misogyny. In fact, gender equality—and its offshoot ideas like sexual consent—is barely a few decades old concept and hence is gapingly missing across scriptures written millennia ago. However, other religious communities have tended to progress further towards making clear distinctions between orthodox religionists and the rest, along with, more crucially, subordinating religious law to secular civic codes.

As a result, while other religions have gradually evolved into a wide gamut of adherents treating the scripture from literal divine commandment to a now outmoded guidebook, Muslims across the ideological divide are expected to endorse the Quran as Allah's unadulterated word valid till the end of time. Therefore, while the progressives from other religions can shun verses contradicting modern day values as obsolete or irrelevant, their Muslim counterparts are often left with an unenviable task of arguing that the fast-evolving humankind actually received its complete moral code 14 centuries ago which — much like claims over 'scientific discoveries' — can result in today's progress being predated, and attributed, to seventh century Arabia.

On the women rights front, this can mean arguing that Islam is a 'feminist religion', which only allows polygamy for men if all wives are 'treated equally', teaches unprecedented 'treatment of slaves', and asks men to 'lower their gaze' just as it asks women to cover-up. Any argument that these ideas represent a step forward for equality between the sexes wouldn't hold a droplet of water in a secular setting.

While progressive Muslims face difficulties circumventing the literalism often attached to Quranic verses, hadiths offer an escape route through the hierarchy of Muhammad's sayings based on how credible they are. The predicament with this line of thought is that much of what is known as Islam stems from the hadiths and the biography of Muhammad, the earliest original form of which—Ibn Hisham's As-Sīrah an-Nabawiyyah— was written two centuries after the death of Islam's prophet, leaving everything about the religion up to conjecture, and more critically, shaped entirely by blind faith.

Hence, addressing women's suppression via Islam needs a Muslim reorientation of the religion as a faith system — one can that be incorporated to the desired extent, or as a source of inspiration for an individual's life — not as an unquestionable code that has to be uniformly implemented on society. In this regard, Muslim feminist re-interpreters of scriptures, from Amina Wadud to Irshad Manji, reiterate that Islamic verses be subordinated to gender equality regardless of their original contexts or intents. That requires willingness, nay encouragement, to critique Islam, especially from a Muslim perspective so as to not attribute the most problematic texts sweepingly to the entire religious community.

In addition to violent blasphemy laws upheld by Islamists — whose interests obviously align against female emancipation — the resistance towards a critical treatment of Islam today comes from western liberals who have blatantly abandoned Muslim dissenters. As a result those who otherwise tout absolute gender equality, and rightly argue that men shouldn't tell women what to do, are seen glorifying modesty codes for women that were enforced by seventh century men.

But if Muslim liberals refuse to unapologetically condemn regressive Islamic commandments, and western liberals paradoxically endorse for Muslims what they flagrantly shun in their own communities, Islamists will be emboldened, and their stranglehold over Muslim communities along with their vulnerable sections strengthened. And for Afghan women, these Islamists come in the form of the Taliban, legitimised today by the peddling of an indisputable Islam in Muslim-majority countries, and the promotion of a hypocritically calamitous cultural relativism in the west.