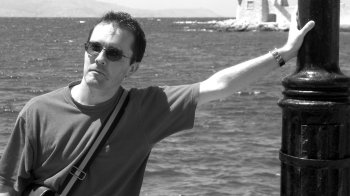 In Paris on Friday a teacher was beheaded for doing his job.

It seems clear that Samuel Paty, a 47-year-old who taught history, was attacked by a young Muslim fanatic who objected to his use of cartoons from Charlie Hebdo in a class about freedom of expression.

This was a grotesque assault on a public servant, the teaching profession, freedom of expression, the promotion of critical thought and the principle that education should open minds.

A counter-terrorism inquiry is underway, and publicly available details are limited. But the wider context to the attack appears noteworthy. After a recent class the father of one of the students went to the school to complain, accompanied by someone described as a "preacher and activist". The two then posted a video online calling Mr Paty a "thug" and demanding his suspension. They are now among 11 people who have been arrested since the killing. The teacher also received threats, and was reportedly the subject of a vicious social media campaign, before his murder.

This killing brings echoes of the Rushdie affair and the slaughter of Charlie's cartoonists in 2015. Again Islamists have sought to shut down artistic expression that offends them through violence and threats. But it also brings different questions.

In this case the victim was not targeted for his own expression, but for sharing someone else's. The 2015 murders were an attempt to stop people from drawing Muhammad; this one was an attempt to silence even discussion about drawings of Muhammad. And while details about Mr Paty's teaching style hardly feel relevant, it's worth adding that according to France's anti-terrorism prosecutor, he gave students the opportunity to look away before showing the cartoons.

Some of the issues raised by the killing are specific to France: Emmanuel Macron described it as an attempt to "attack the republic and its values". But it raises important questions further afield too.

Islamic fundamentalism poses a global threat to freedom of expression and freedom of and from religion. In some countries it brings laws which punish blasphemy and apostasy with death. It's brought extrajudicial killings, such as that of Tahir Naseem earlier this year. As Gita Sahgal said this weekend, one response to this attack should be to reaffirm our support for those who resist it.

After the 2015 attack similar solidarity was shamefully lacking. Charlie's cartoons were internationally newsworthy, but major news outlets shied away from republishing them. Many commentators effectively blamed the victims. Some – including in the UK – have continued to harangue the surviving Charlie cartoonists long after their colleagues' bodies were buried, for daring to keep their work alive.

Any reasonable person will condemn the barbarity of the attack on Samuel Paty. But tougher questions will arise in time. Will teachers and tutors in schools and universities in the UK be able to explore this issue freely with students? How will the authorities and their unions react if they give students an appropriately-handled chance to see a Charlie cartoon?

And if that's off limits, what else will be? Last year protesters organised a sustained campaign against inclusive teaching about relationships. The campaign included intimidating protests outside primary schools in Birmingham. The leaders of these protests were predominantly Muslim, with some from other religious traditions. Some were not even from the local area, let alone parents from the schools. They caused misery for teachers – with some facing threats, including death threats – and disruption for pupils. Schools suspended lessons in the face of the hostility.

If those responsible for education give in to similar demands for a quiet life, reactionaries of various stripes will be emboldened. Too often freedom of expression issues are framed as simplistic battles between different social groups. But, as Kenan Malik wrote in The Observer this weekend, "what is called 'offence to a community' is usually a struggle within communities". Much of the liberal response to Islamist offence-taking in recent years has been a patronising insult to liberals and secularists from Muslim backgrounds.

Anybody who cares about living in cohesive societies where citizens enjoy fundamental freedoms should reject the normalisation of blasphemy taboos. And they should reject religious fanatics' attempts to dictate what can and cannot be taught. Samuel Paty died because he promoted critical enquiry. Those who wish to silence it can't be allowed to win.