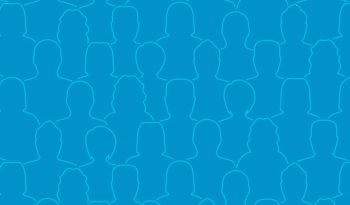 What are the limits of religious freedom? I ask this because Spectator columnist Stephen Daisley apparently wants the government to lecture the National Secular Society on this topic.

In a column last week Daisley criticised the NSS's campaigning to end the exemption to the animal welfare laws, which allows animals to be killed without being stunned for religious reasons. His targeted attack dismissed us as "dogmatic", "authoritarian" and engaging in a "fundamentalist crusade against religion", because we argue that the religious should follow the same laws as everyone else.

"There is a balance to strike between animal rights and the religious freedom of human beings," he wrote, "but where the two are irreconcilable, the latter should generally be accorded more weight than the former". He also noted that the majority of meat in the UK is stunned before slaughter. Those pesky secularists should stop moaning: the authorities only need to turn a blind eye to the mistreatment of animals in a minority of cases.

Daisley hardly bothered to deny that the scientific consensus – reiterated again this week when the British Veterinary Association urged political parties to clamp down on non-stun in their election manifestos – supports the stunning of animals before slaughter. (If this consensus changed, there would be no need for a religious exemption to the law in the first place). Instead he made the old multiculturalist argument that a small number of people are getting on with their lives and everyone else should mind their own business.

At the outset of his piece he backed this up with a particularly alarming threat: he implied that Jews and Muslims would leave the country if the animal welfare laws were enforced consistently. But this argument amounts to emotional blackmail when it is a response to a reasonable rule. It also plays into the hands of the genuinely dogmatic actors in this saga: those within religious traditions who claim the most reactionary practices must be upheld for posterity.

And the argument that non-stun is nobody's business except the people who practice it or wish to eat the meat it produces cannot hold indefinitely. According to the Food Standards Agency, over 94m cattle, sheep and poultry were slaughtered without being stunned first in England and Wales in 2018. Non-stun is now so normalised that children are being fed non-stun halal meat, often unnoticed, in dozens of schools, most of which are not Islamic faith schools. When this was raised in Kirklees in West Yorkshire – where non-stun is supplied to at least 40 schools – the council shut down criticism with blanket accusations of bigotry. And meanwhile non-stun meat is entering the general food supply unnoticed. How do we expect people to respond when inhumanely slaughtered meat is pushed upon them against their wishes?

Perhaps we could mitigate these problems by requiring that non-stun meat be labelled. This would allow those who object to non-stun to avoid it and calm some of the resentment around the issue. It would be a step forward. But non-stun proponents object that the price of non-stun meat would rise and it would be harder to get hold of it. Theresa Villiers, the environment secretary (and, awkwardly, a patron of the Conservative Animal Welfare Forum), explicitly rejected labelling for this reason in recent comments to Jewish News.

And labelling would still leave an unjust legal exemption in place. Animal welfare laws exist for a reason: we have a duty of care to other species, particularly those we rear for our own benefit. Watering them down for one group of people weakens them for everyone, and sets a damaging precedent which makes upholding our other laws harder.

If we allow legal exemptions on the basis of personal identity and deeply held feelings, who else can or will try to claim opt-outs, and on what grounds? Should we continue to ignore ritual infant circumcision – the unnecessary cutting of young boys' genitals in the name of religion? If so, should we accommodate those who regard restrictions on female genital mutilation as an attack on their religious freedom?

Last week a religious court in Israel granted custody of two children to a violent father because their mother wasn't observing strict religious practices (for example, she dared to take the children to mixed sex swimming classes). Preventing something similar from happening in Britain would require the state to enforce the principle that there is one secular law and it applies to everyone. Should we accept the legitimacy of similar rulings in religious courts in Britain, for fear of appearing too muscular? On any number of issues, refusing to qualify the right to religious freedom requires the state to turn a blind eye to harm.

Live and let live is a fine principle. The anti-secularist policies of the Chinese state, which locks up Muslims en masse in camps and suppresses the right to free expression for various religious groups, is a warning of the dangers of anti-religious authoritarianism. And in the UK, talk of 'banning' halal or kosher slaughter is sometimes phrased in a way which suggests the problem is religious ritual itself rather than the excessive suffering caused by less humane forms of it. (It's notable that The Spectator's headline referred to "banning halal and kosher slaughter", even though the NSS deliberately avoids that language.)

But none of this should scare us away from upholding equality under the law. The best response to anti-Muslim and anti-Jewish sentiment is not to accept the identitarian idea that these groups' beliefs and traditions make them 'other' or require them to be given special treatment. It is to uphold consistent and reasonable principles regardless of individuals' personal beliefs.

The next government should acknowledge that religious liberty is a precious right. But it should also acknowledge that it can be curtailed in pursuit of legitimate purposes. Restricting non-stun slaughter would strike a blow not only for animal welfare, but for the principle that the law upholds everyone's rights equally. And that's a principle worth defending.