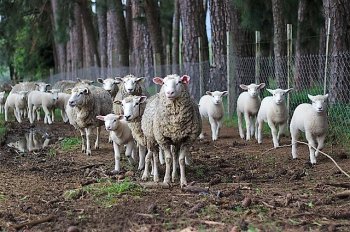 The National Secular Society has criticised the leader of Kirklees Council in West Yorkshire for "trying to silence" objections to the supply of non-stun halal meat to schools.

Kirklees debated the issue of non-stun meat in schools at a full council meeting on Wednesday, after recent NSS revelations that it and at least 16 other UK councils supply the meat.

After the debate the council's leader Shabir Pandor, of Labour, tweeted: "I'm closing the debate on halal at full council. Diversity is our strength.

"Those questioning our provision of halal don't have animal welfare at heart. They have targeted sections of the community which had caused fear. Our policy on halal will remain in place."

During the debate Pandor described opponents of the policy as a "small number of people" who "do not have as their priority animal welfare". A petition against the council's policy gathered almost 8,000 signatures in less than a month in late 2018.

Representatives of Labour and the Green party also made strong accusations against those expressing concern over non-stun meat. One Labour councillor called those supporting the campaign "divisive and despicable".

But Conservative councillor David Hall said the issue was one of animal welfare.

In response NSS chief executive Stephen Evans said: "It's bitterly disappointing to see councillors in Kirklees, particularly the council's leader, trying to silence debate over the supply of non-stun meat to schools in this way.

"While anyone who uses this issue to stir up anti-Muslim prejudice should be condemned, the scientific consensus is clear that stunning animals before they are slaughtered is more humane than not doing so. By supplying non-stun halal to dozens of schools Kirklees Council is normalising cruelty to animals. And its response to criticism of this appears to be to deflect attention by making blanket accusations against its critics. These mendacious silencing tactics must be called out for what they are.

"These councillors are dismissing the concerns of Kirklees residents who do not wish their council to supply this meat to children, including Muslims who reject the hardline interpretations of Islam that the council has effectively endorsed. Indeed the council's policy flies in the face of the fact that the majority of halal meat consumed by Muslims in the UK is from animals stunned prior to slaughter.

"Those who claim to be standing up for Muslims are in fact helping to stir social resentment and entrench reactionary views both among Muslims and against them."

The NSS, which briefed councillors before the debate, campaigns to repeal the religious exemption to the UK's animal welfare laws. The exemption allows animals to be killed without being stunned when the meat is intended for consumption by Muslims and Jews.

While the exemption remains in place the NSS advocates for the labelling of non-stun meat to allow consumers to make informed choices. The government has recently indicated that it will consider this measure.