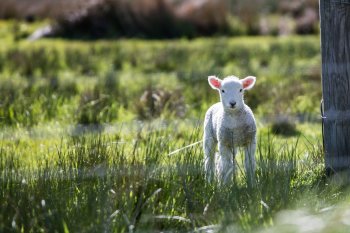 This piece was originally published on Uncommon Ground Media. It is reprinted here with kind permission.

As the new year opened, a measure preventing the slaughter of animals without pre-stunning came into effect in the Flanders region, which roughly covers the northern half of Belgium. A similar measure will come into effect in Wallonia, in the south, in September.

These regions will join European countries including Denmark, Norway and Sweden in outlawing non-stun slaughter. And the local animal welfare group Gaia is calling for the local authorities in Brussels to follow suit.

In the UK the NSS has called for the UK to repeal the religious exemption to its animal welfare laws, which allows animals to be killed without being stunned to suit Jewish and Muslim preferences. The Belgian decisions have also prompted some debate over whether the non-therapeutic cutting of children's genitals – ritual circumcision – may be restricted, as lawmakers in Iceland and Denmark have suggested it should be over the last year.

The scientific evidence is overwhelmingly on the side of those who wish to restrict non-stun slaughter. This week the British Veterinary Association's John Fishwick reiterated the body's view that the practice causes avoidable harm. The Farm Animal Welfare Council – a UK government body – has recommended outlawing it and said animals slaughtered without stunning are likely to experience "very significant pain and distress" before they become unconscious. The EU's scientific panel on animal health and welfare has said "pre-cut stunning should always be performed". The RSPCA and Compassion in World Farming have also spoken out.

But as journalists have slowly picked up on the decision in Flanders, a series of articles have mischaracterised it. A factually incorrect headline on the Sky News website said: "Flanders region of Belgium bans halal and kosher animal slaughter". A report in The Independent opened by describing the measure as a "ban on the Muslim and Jewish ways of ritually slaughtering animals". In both cases the press conflated restrictions on non-stun slaughter with blanket bans on religious rituals.

Both The Independent and The New York Times reported the words of a senior rabbi in Antwerp: "It is impossible to know the true intentions of people. Unless people state clearly what they have in mind, but most anti-semites don't do that." In both cases his speculation about anti-semitism was given more prominence than the arguments made in favour of the measures by animal welfare advocates.

A very poor opinion piece in GQ belittled the animal welfare concerns behind the Belgian measure by taking religious groups' convenient claims that non-stun slaughter is humane at face value. And a New York Times editorial placed more focus on the motivations of those promoting the Belgian law than the substance of the issue. The piece also suggested there should be "continuing study" of the animal welfare implications of non-stun slaughter – a relativist response which would allow science deniers to keep kicking the issue down the road indefinitely.

All this fed the narrative of uncompromising religious groups, who often play the victim by exaggerating the threat posed by secularist measures and projecting nefarious motives on to their proponents.

Bigots sometimes weaponise non-stun slaughter, and other legitimate concerns over Jewish and Muslim practices, for identitarian reasons. Liberals should beware them. It is concerning, for example, that the minister for animal welfare in Flanders, Ben Weyts, represents a Belgian nationalist party. And without wishing to engage in guilt by association or judge the minister excessively on one retweet, anyone familiar with the work of far-right conspiracy theorist Paul Joseph Watson will find it alarming that Weyts shared Watson's approval of the measure he advocated on Monday.

The hard right cannot be trusted to uphold consistent principles which protect all citizens equally and fairly. For example it is a well-established principle in human rights law that states should not retrospectively punish people for doing something which was within the law when they did it. Advocates of one law for all strongly argue that this principle must be upheld. And we can only have confidence that it will be if we criticise practices such as non-stun slaughter and infant circumcision with a positive focus on protecting animal rights and children's rights, rather than by demonising groups of people.

But brushing reasonable concerns or genuine scientific evidence under the carpet simply emboldens reactionaries of all stripes.

Giving religious groups special rights which nobody else enjoys simply encourages them to demand more. Note the way, for example, the tech giant Amazon caved in to demands from a US-based Muslim group to stop selling items which it deemed 'offensive' last week. As a private company Amazon has the right to do this. But many – including some Muslims – will understandably feel aggrieved that a vocal group's religious preferences have been imposed on their shopping choices, particularly given the power Amazon wields. This decision came almost four years to the day after the Charlie Hebdo killings and suggested little has been learnt from that atrocity. The brutal truth is probably that it, and the apologetic reaction to it which suggested the killers' illegitimate demands should be accommodated, has fuelled the push towards censorship.

Meanwhile other religious groups see that making individualistic demands pays off and make their own. Those who treat Jews or Muslims as 'other' and suggest they are incapable of fitting in to liberal, tolerant societies are given further evidence for their claims. The principle of religious freedom – which is in reality a precious right which everyone should enjoy equally under the law – becomes tainted by association with selfish agendas.

And those who do not get the same privileges grow more resentful. This is particularly the case when the rules they are told not to object to end up impacting upon their own lives. Technically the UK's religious exemption is for meat intended for Jews and Muslims to consume, but in practice non-stun meat ends up on the plates of many who have no intention of eating it.

As the NSS recently revealed, at least 17 councils currently supply non-stun halal meat to schools to serve in dinners. In many cases children who do not have a Muslim background are being served food which conforms to a hardline interpretation of Islam. Last year NSS research found that Asda, Morrisons, Sainsbury's and Tesco were selling non-stun halal without clear labelling to indicate its provenance. There is also reasonable concern that stunned halal meat is becoming the default in some settings, which is a fight for another day.

But limiting criticism to these issues implies it is fine for different 'groups' of people to follow different rules, provided it does not directly impact on outsiders. That encourages us-and-them views of the world and separatist, stay-in-your-lane identity politics. It empowers those who claim to speak for 'communities' and say they cannot possibly be expected to follow the same rules as everyone else. It undermines any sense of common, collective identity which transcends these groups and abandons the vulnerable within minorities to the whims of 'their' elites.

On all sides this makes people less willing to abide by common rules, less inclined to look out for each other and less interested in contributing to the greater good. In contrast, upholding consistent rules and laws makes societies fairer, more equal, more cohesive, more tolerant and more liberal.