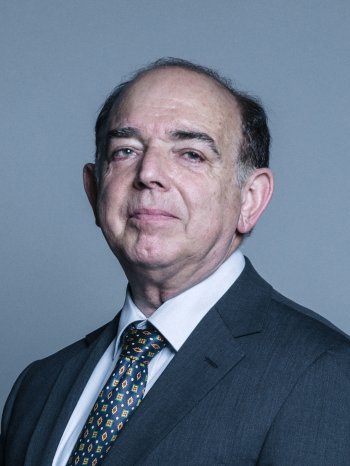 Amid all of the political upheaval in recent weeks, you will be forgiven for not noticing that the UK currently has no minister for faith. Lord Bourne, the latest person to occupy this post, resigned last week in protest at the prospect of a no-deal Brexit.

The role of promoting faith has always sat uneasily on the list of ministerial responsibilities, and the vacated post should remain unfilled.

This curious non-job was initially created by David Cameron for Baroness Warsi, who became the UK's first minister for faith in 2012. This coincided with the government's somewhat sudden embrace of religion – in what was possibly an attempt to butter up faith groups so that they might step up to plug holes created by cuts to public services.

Lady Warsi immediately set about her mission to help create a government that, as she often said, would "do God". She pledged to put faith back at the "heart of government" and led the UK's largest ever ministerial delegation to the Vatican, warning of "militant secularisation" and calling for Christianity to be given a "central role in public life".

By urging people to feel "stronger in their religious identities" she used her ministerial role to push the kind of identity politics that encourages people to identify first and foremost by their faith. This approach harms cohesion by dividing citizens along fundamental lines of difference.

By the time Warsi resigned in protest at the government's position on Israel and the Palestinians, she argued the coalition was "the most pro-faith government in the world".

Next came the now Lord Eric Pickles, an evangelical Christian who also used this ministerial role to attack secularism and steer a new law through parliament to permit local authorities to hold prayers during council meetings – reversing a previous High Court ruling on the matter.

Demonstrating his divisive pro-faith bias, the former communities secretary insisted "militant atheists" should accept that Britain is a Christian country and "get over it".

When Eric Pickles eventually stood down, the minister for faith role appeared to terminate with him – or was at least suitably downgraded.

The country coped admirably in the absence of a minister for faith until Lord Bourne was handed the role by Theresa May in 2017.

Apart from hosting endless faith receptions at Downing Street for major festivals such as Vaisakhi, Eid, Hanukkah, Diwali, Easter etc, Lord Bourne embarked on a tour of all 42 Anglican cathedrals "to celebrate their great work". His subsequent report told us nothing that we didn't already know about cathedrals. But it did clock up even more taxpayer expenditure to add to the £40m of state money handed to English cathedrals to assist with repairs, despite the Church of England being perfectly able to fund this work itself.

Lord Bourne was also on hand to assist the APPG on British Muslims to promote its contentious definition of Islamophobia, which was eventually rejected by the government, despite the then minister for faith enthusiastically welcoming it.

There are some parts of the minister for faith's portfolio that are perfectly legitimate and worthwhile. For example, encouraging social cohesion, building stronger communities and promoting religious freedom and tolerance is important work, which can – and should – be done without favouring religion.

Anyone serious about working towards these goals should be giving secularism a fair hearing. But the faith minister role has always been used to promote a religious agenda rather than treating religion with any sense of neutrality. A more even-handed approach is called for in a pluralistic modern Britain.

A minister responsible for championing faith leaves citizens of no faith undervalued. Faith groups never stop trumpeting their good deeds, but in reality, both religious and secular groups contribute greatly to society through community-based initiatives that benefit us all. These contributions should all be acknowledged and valued based on their merits. It isn't the role of government to takes sides, promote faith or make religious people feel good about themselves.

The UK today is one of the least religious and most religiously diverse countries in the world, and most Brits think religion causes more harm than good. This should precipitate moves to separate religion and state. Faith schools, laws requiring Christian worship in schools, prayers in parliament and clerics in the legislature are all relics ripe for reform. Ministers for faith have acted as defenders of religious privilege, and this should not be acceptable.

In our increasingly non-religious and multi-faith society, a secular state, which protects all religions and privileges none, is a model worth embracing. Abandoning the minister for faith role would be a small step in that positive direction.

Blinkers go on when the topic is religion. So one parent in a Queensland school thought she would use food to explain the impact of the school's version of 'inclusiveness', which involves telling them...