After initial crisis, nation struggles on without Minister for Faith 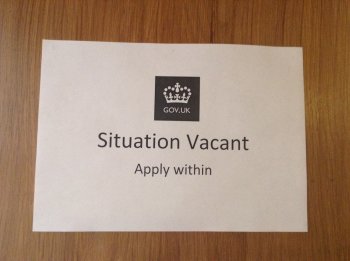 After initial panic and a constitutional and political crisis, the country is struggling on without a Minister for Faith. Benjamin Jones lambasts the Prime Minister for leaving this crucial role unfilled for so long.

While the Prime Minister set about appointing his Cabinet earlier this week, the country waited nervously for the most crucial announcement of all: who would be the next Minister for Faith?

It is now one week since polling day, and no appointment has been made. The country has ground to a halt; government is paralysed, the stock-market has been wiped out…

Whisper it, but dare we hope that no appointment is forthcoming?

The Minister 'for Faith' role was originally established for the unelected Baroness Warsi. When she left the Government it was incorporated into Eric Pickles' brief at the DCLG.

Now that he has left, has the role finally gone with him?

The vital posting, with a job description to work with "community leaders" to "promote faith" in the UK, is clearly an essential part of government. It is outrageous that Cameron has neglected to appoint a replacement to Mr Pickles.

Really though- what possible purpose did this role have?

What did the Minister for Faith actually do? They arrive at work at 9, go home at 5, what do they do in between? What are you actually doing when you are promoting "tolerance and stronger communities" (as the job specification states)?

A quick scan of the "announcements" section on the Government website for the 'Faith' brief reveals that the office-holder seemed to spend a lot of time just sending people nice messages if they were celebrating a religious holiday… "Messages for Yom Kippur" and "Messages for Eid ul-Adha" etc. Fine, though, oddly, neither of those worthy statements featured Mr Cameron's defiant Easter message that the UK is "still a Christian country."

On balance though the job doesn't seem too difficult; and on a ministerial salary, it looks like good work if you can get it.

Why though does 'Faith' get special treatment? Should there be a Minister for Doubt, in the interests of inclusivity? Or perhaps, if you do think 'faith' is a virtue, and/or that faith groups do a lot of good (and many clearly do), why not also have a Minister for Generosity, or a Secretary of State for Goodwill to encourage other virtues?

It is long-since time that this silly title was abolished. In the meantime the wait goes on to see who, if anyone, lands this plum job…